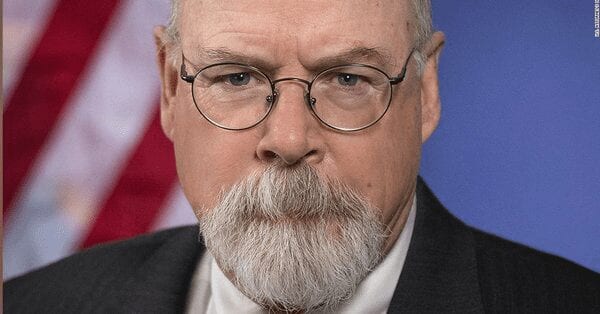 U.S. Attorney John Durham is seeking a prison sentence of up to six months for Kevin Clinesmith, the former FBI lawyer who altered an email from the CIA regarding Carter Page’s involvement with the spy agency.

Page, a former Trump campaign aide that served as an “operational contact” for the CIA from 2008 to 2013, recently filed a $75 million lawsuit against the Department of Justice and FBI for being unlawfully surveilled during the 2017 investigation into the Russia hoax, also known as Crossfire Hurricane.

At the time, Clinesmith worked in the FBI’s National Cyber Law Branch and assisted the Crossfire Hurricane team in its investigation into the Trump campaign’s possible ties to the Russian government. As part of his work, Clinesmith contacted the CIA regarding Page’s involvement with the agency.

During a hearing, Clinesmith told the SSA that Page was “never a source” of the CIA and that “[the OGA] confirmed explicitly he was never a source.” When the SSA asked if Clinesmith had that in writing, he responded that he did and would forward the email, which he doctored accordingly.

Durham requested a federal judge to sentence Clinesmith to a jail term “between the middle and upper end” of what federal sentencing guidelines recommend for the crime of making false statements in writing, according to a Thursday court filing.

“There is a need for just punishment that includes a term of imprisonment to reflect the seriousness of the offense. The Court’s sentence must also promote respect for the law and deter others from committing similar crimes. The Court’s sentence should send a message that people like the defendant – an attorney in a position of trust who others relied upon – will face serious consequences if they commit crimes that result in material misstatements or omissions to a court.”

Clinesmith originally pleaded guilty to the charge on August 19, but is seeking a sentence of probation with no jail time, the Daily Caller reports.