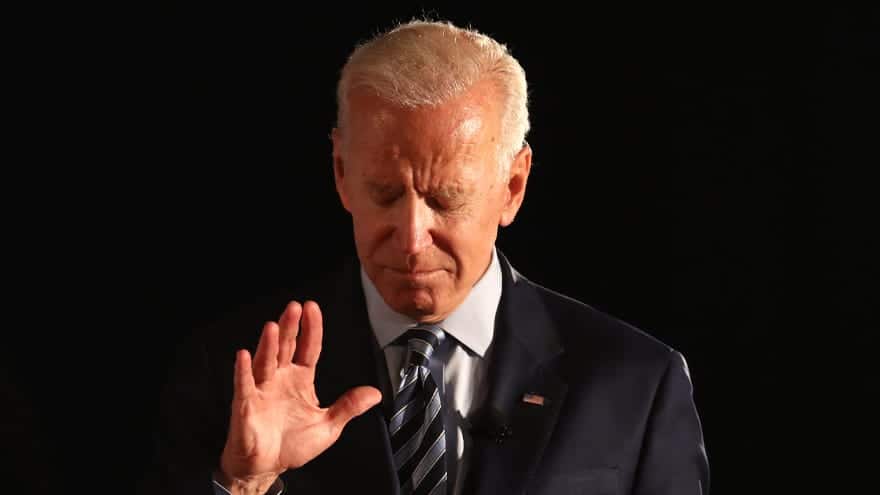 Allies and political insiders close to Joe Biden are reportedly telling the former Vice President to scale back his campaign stops and speaking events; hoping the reduced schedule will minimize future speaking gaffes.

“Allies to Joe Biden have been floating the idea of altering the former vice president’s schedule in an effort to reduce the gaffes he has made in recent days,” reports The Hill. “The allies, growing increasingly nervous about Biden’s verbal flubs, have said it’s an approach that’s been suggested to campaign officials on the heels of the former vice president’s stumbles.”

“He needs to be a strong force on the campaign trail, but he also has to pace himself,” said one insider.

“I think you’ll see the same schedule and maybe even more Joe Biden,” one ally said. “Everyone wants to see Joe Biden be Joe Biden. If he’s held back in any way, that’s almost the antithesis of who he is.”

“I think it’s the wrong approach,” they added.

“Joe Biden has spoken his mind his entire life, which voters know and love about him,” said Biden’s deputy campaign manager. “He’s a real person, he’s authentic, and that will never change. He’s going to keep taking on Trump and making the case to voters about the stakes we face in this election, regardless of how the press chooses to cover him.”

The latest survey from Economist / YouGov shows Biden at 21%, followed by Warren at 20% and Sanders at 16%.

“Biden, by and large, remains the frontrunner in most surveys, but Warren’s rise in the polls comes with the Vermont senator falling from second to third place,” reports The Hill.

The Sanders’ campaign is dismissing the poll; claiming the media has largely turned on Bernie since 2016.

“We’re sort of in the phase called the ‘Bernie write-off,’” senior adviser Jeff Weaver told reporters Monday. “There seems to be a direct correlation between the media coverage of the polls and Bernie Sanders’s standing in those polls.”

“Polls are one thing, but the energy that is on the ground is most important,” Nina Turner, one of the co-chairs of Sanders’s campaign, said.