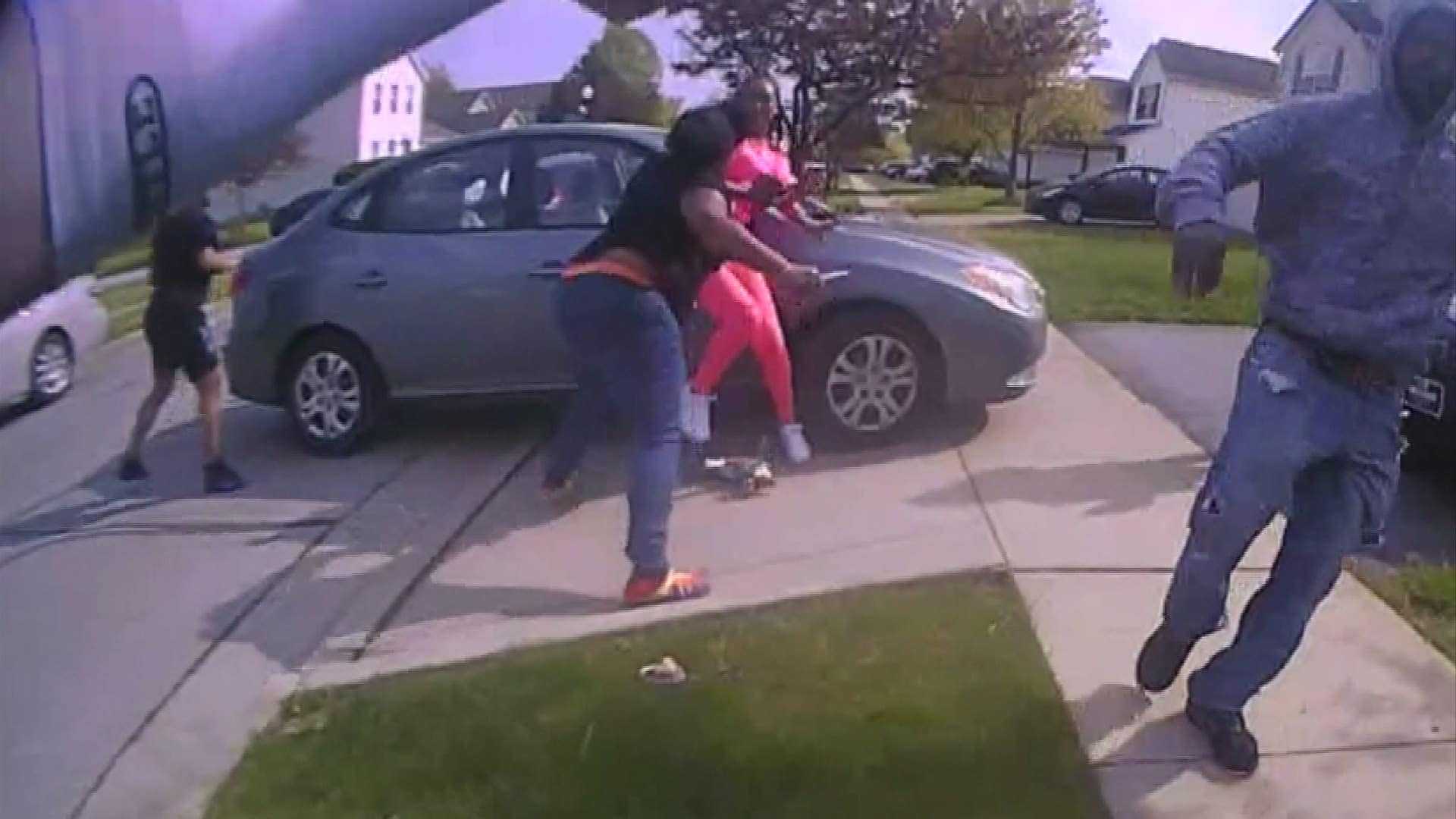 Wednesday, Columbus police released bodycam footage of Tuesday’s police officer shooting of Ma’Khia Bryant, a 16-year-old foster care child, who was brutally trying to attack another girl with a knife. The officer’s actions presumably saved the life of the young woman, while tragically ending the life of the attacker.

Neighbor and witness Donovan Brinson also captured the incident on his garage’s security camera. Brinson says he watched the scenario begin to unfold as he pulled into his driveway. In a bold public statement, Brinson states the officer who shot Bryant had no other choice.

In an interview with the Columbus Dispatch, Brinson explained, “they were calling each other the B-word, so I figured it was just a girl fight.” He says the intensity of the fight continued to escalate, and then as he was taking his dog out he heard four gunshots when police arrived.

Brinson says after reviewing his 26-second video from his surveillance camera, he believes Bryant may have had several victims had the officer not stopped the threat. “It was violent and all just happened so fast,” said Brinson.

Another neighbor, Ira Graham III said he heard the gunshots and saw the cop cars Tuesday. After he reviewed the police footage, Graham said “I believe in truth and facts. Video doesn’t lie. She was in full attack mode.” He added, “she needed to be stopped at that point. That young lady’s life was at stake.”

On Wednesday, interim Columbus Police Chief Michael Woods told reporters that state law permits police to use deadly force to protect themselves or others.

In this article:Ma’Khia Bryant, news3