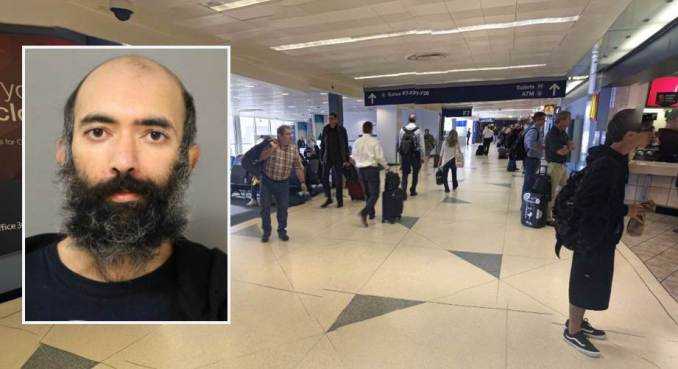 One California man found a very clever way to bunker down during COVID-19, but unfortunately, it has landed him with a felony charge. Aditya Singh was supposedly too afraid to fly due to the spread of the novel coronavirus, so he hid out in the Chicago O’Hare International Airport…for three months.

Instead of giving the man a medal for alerting us all to a severe flaw in TSA, he was charged with trespassing to a restricted area of an airport; and misdemeanor theft. In bond court over the weekend, prosecutors said Singh arrived at O’Hare on a flight from Los Angeles on October 19.

Allegedly, Singh lived in the airport’s “security zone ever since, without detection” reports the Chicago Tribune. Singh’s stay came to an end when two United Airlines employees called 911 after they had approached him to ask to see identification. Singh reportedly showed an airport ID badge that belonged to an operations manager who had reported the badge missing on October 26th.

Police took Singh into custody Saturday morning. Assistant State’s Attorney Kathleen Hagerty said Singh “found the badge in the airport and was ‘scared to go home due to COVID.’ She told the judge other passengers were giving him food” reported the Tribune. What brought Singh to Chicago is currently unclear.

According to Assistant Public Defender Courtney Smallwood, Singh lives in Orange, California with roommates, has a master’s degree in hospitality, is unemployed, and has no criminal background. Cook County Judge Susana Ortiz barred Singh from entering the airport again on the condition of bail if the $1,000 can be posted for his release.

Judge Ortiz stated, “the court finds these facts and circumstances quite shocking for the alleged period of time that this occurred…Being in a secured part of the airport under a fake ID badge allegedly, based upon the need for airports to be absolutely secure so that people feel safe to travel, I do find those alleged actions do make him a danger to the community.”