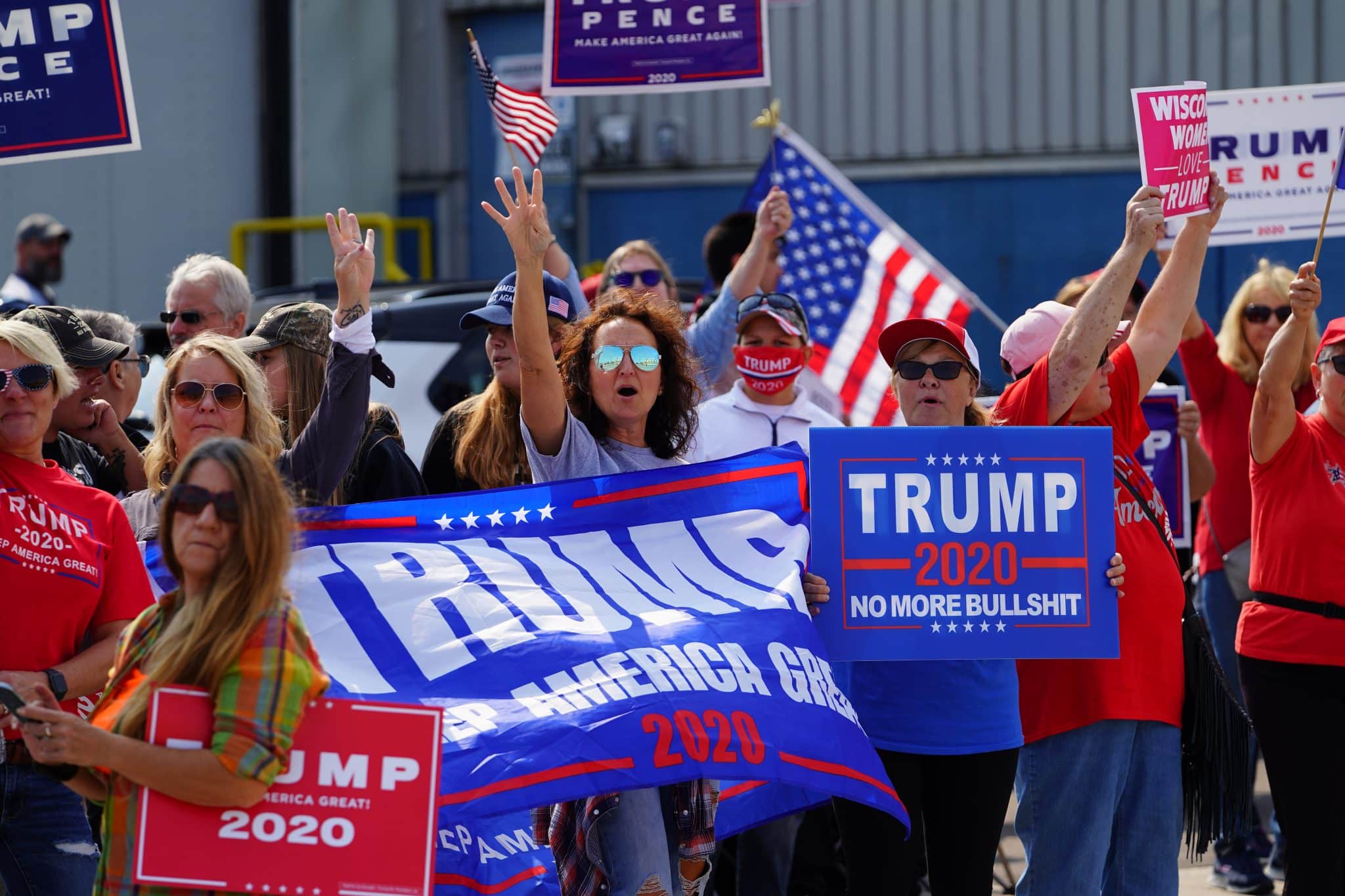 A Marine who reportedly saved a baby in Kabul by lifting the baby over the walls of the Kabul airport during President Biden’s disastrous withdrawal from Afghanistan is now under investigation for appearing on stage at a rally with former President Trump.

“Lance Cpl. Hunter Clark was one of nearly 6,000 U.S. troops tasked with guarding the airport last month as thousands of desperate people tried to get in to escape the Taliban. On Sept. 25, Clark appeared on stage with Trump for just under a minute at a ‘Save America Rally’ in Perry, Georgia,” Task & Purpose reported. “Clark quickly introduced himself as ‘the guy that pulled the baby over the wall,’ adding that ‘it’s definitely probably one of the greatest things I’ve done in my entire life.’ The Marine continued, saying ‘I just want to thank all the support from all y’all. It really means a lot and I’m glad to be home now.’”

Capt. Kelton J Cochran, a spokesman for the 24th Marine Expeditionary Unit (MEU), confirmed to Task & Purpose that Clark is under investigation for attending the rally.

“The 24th Marine Expeditionary Unit (MEU) has initiated a command investigation regarding LCpl Hunter Clark’s attendance at the event last weekend to determine if any DoD policies were violated,” Cochran said. “Any details pertaining to this incident are not releasable while the investigation is being conducted.”

According to Task & Purpose, “Cochran did not specify what policies that Clark may have violated, but the Defense Department does not allow active-duty troops to ‘speak before a partisan political gathering, including any gathering that promotes a partisan political party, candidate, or cause.’”

Task & Purpose noted that “Clark was not in uniform when he appeared with Trump. Nor did he campaign for a political candidate or suggest that service members follow a political party.”

“Trump ostensibly invited Clark on stage as part of a public show of support for U.S. troops,” the outlet added.

In this article:Marine, Rally, Trump