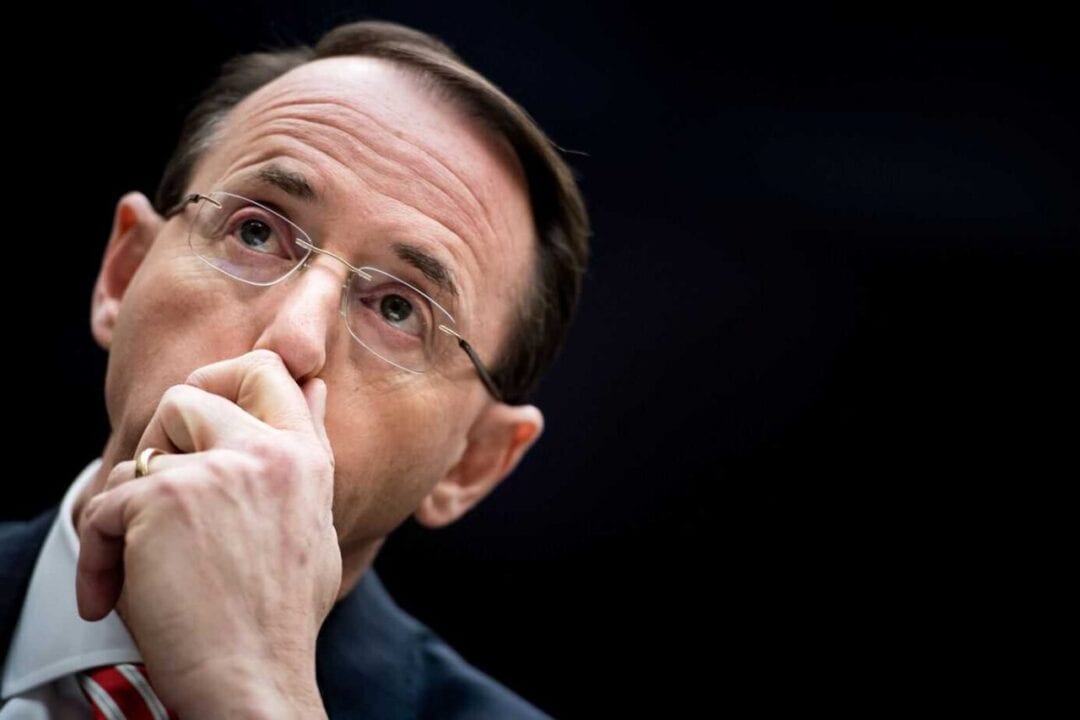 The memo, dated May 16, 2017, and obtained through a 2019 Freedom of Information Act (FOIA) lawsuit, details the events that happened at a meeting that day in Rosenstein’s office. The meeting included McCabe, Rosenstein, Deputy Assistant AG for Intelligence Tashina Gauhar and Principal Associate Deputy Attorney General Jim Crowell. McCabe began the meeting by telling Rosenstein that he “approved the opening of an investigation of President Donald Trump.” McCabe describes how he recruited Rosenstein to aid in his attempt to oust Trump, stating, “he informed DAG [Rosenstein] that as a result of his role in the matter, I thought he would be a witness to the case.”

Rosenstein responded by explaining his previous discussion with President Trump, then-Attorney General Sessions and then-White House Counsel Don McGahn about Comey’s impending firing. He then suggests “that he could potentially wear a recording device into the Oval Office to collect additional evidence on the President’s true intentions.” And that “he thought this might be possible because he was not searched when he entered the White House.”

This document is just one more in a long series of documents, obtained through FOIA lawsuits by Judicial Watch, that detail the extent of the corruption behind the Russia investigation. Judicial Watch President Tom Fitton, explaining the revelations of this memo, said: “This incredible memo details the conflicted and conniving coup effort against President Trump. It is astonishing and shocking McCabe thought he could have the FBI conduct a ‘counterintelligence’ operation on the president and Rosenstein thought it would be appropriate to wear a wire to secretly record President Trump in the Oval Office. That the DOJ and FBI sat on this smoking gun for a year shows the need for urgent housecleaning at those agencies.”