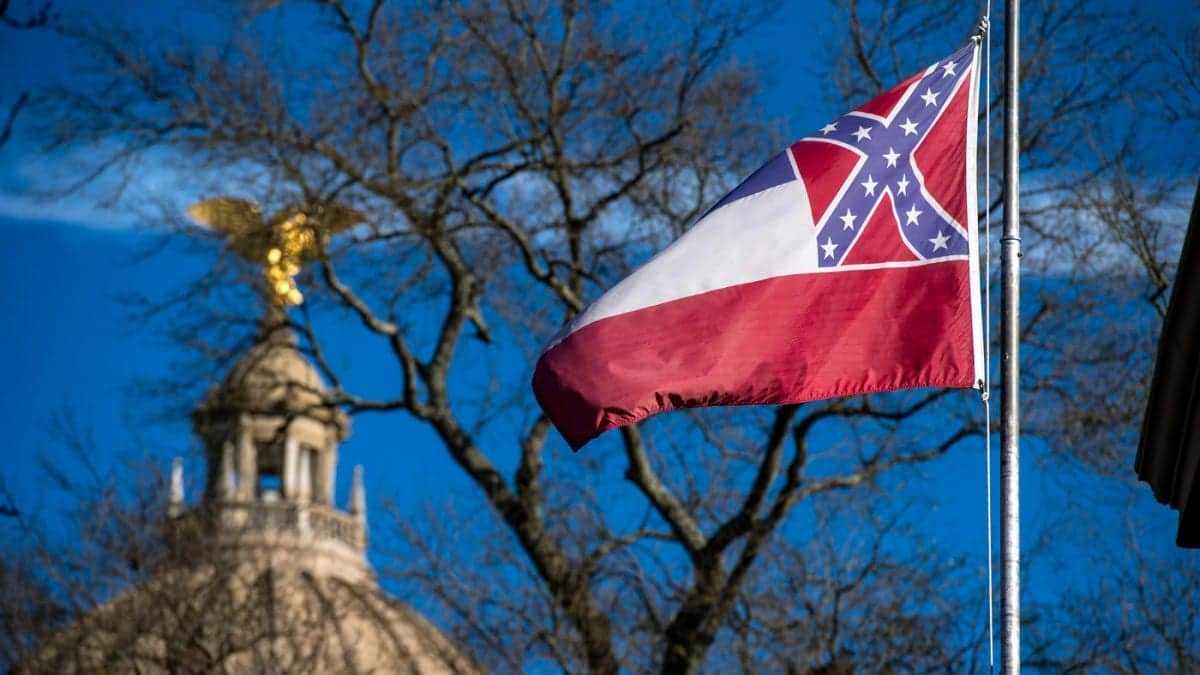 [otw_shortcode_dropcap label=”I” font=”Ultra” background_color_class=”otw-no-background” size=”large” border_color_class=”otw-no-border-color”][/otw_shortcode_dropcap]n the aftermath of the unlawful killings of Ahmaud Arbery and George Floyd, the country is analyzing what changes, if any, they need to make in order to “do their part” for social justice. The latest decision was made by the Mississippi legislature on Sunday to completely replace its state flag.

Mississippi’s flag currently displays the Army of Northern Virginia’s battle emblem from the Civil War, but the bill, passed by a vote of 91-23 in the House and 37-14 in the Senate will remove the symbol. Now, the bill must go to governor Tate Reeves who has said he will sign the legislation into law.

The debate over Mississippi’s flag is not a recent occurrence. CBS reports, “Up until earlier this month, the majority of Mississippians favored keeping the flag…In 2001, voters decided two to one in a ballot measure to keep the flag as is, many arguing it was a nod to their ancestors who fought for Mississippi in the Civil War.”

Recently, notes CBS, “influential business, religious and sports leaders” have condemned the flag, “including the Southeastern Conference and the National Collegiate Athletic Association – prompted a change of heart.” As recently as last week, polling showed “55% of Mississippians wanted a change, according to the state’s chamber of commerce.”

Amongst other symbols of the Confederacy that have been reconsidered as of late is a statue of Confederate General Robert E. Lee in Virginia. Virginia Governor Ralph Northam announced his plan to remove the statue earlier this month. NASCAR has prohibited any display of the Confederate flag during races and events, and some military leaders were in favor of renaming forts which were named after Confederate generals. President Trump rejected the proposal.

“Nowhere is the Confederate flag more on display in Mississippi, the last remaining state to include the design on its official state flag” reports CBS. “As other Southern states have retired designs that included the symbol, Mississippi has been the lone holdout, even as institutions across the state have voluntarily pulled it down.” In the November elections, Mississippi residents will vote on a new replacement flag.