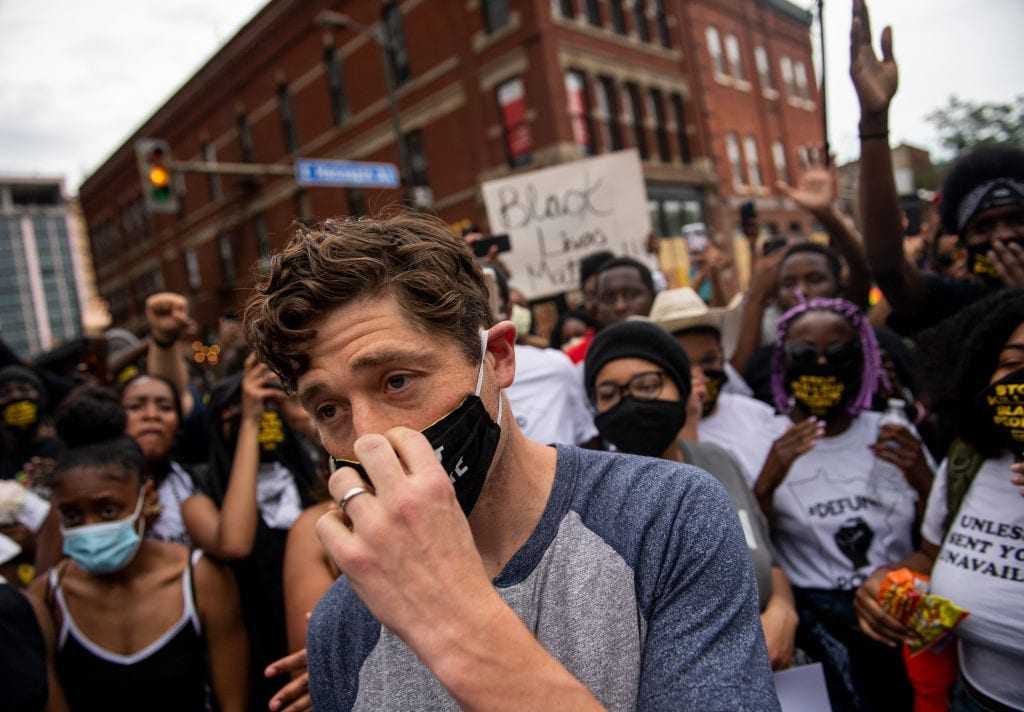 [otw_shortcode_dropcap label=”M” font=”Ultra” background_color_class=”otw-no-background” size=”large” border_color_class=”otw-no-border-color”][/otw_shortcode_dropcap]inneapolis’ City Council pledged on Sunday to dismantle the police department. Minneapolis Mayor Jacob Frey attended a protest on Saturday where he found himself in a difficult position, literally and physically. Frey’s attempt at discussion with the protestors was shut down by a hostile crowd when he said he would not support defunding the police.

As one of the protest speakers held the microphone to Frey, he said, “I’ve been coming to grips with my own brokenness in this situation. My own failures, my own shortcomings, and I know there needs to be deep-seated structural reform in terms of how the department operates. The systemic and racist system needs to be revamped. The police union needs to be put in its place. We need to make sure that everything from the union contract to the way that the arbitration functions, to the way that our officers and the culture of the department hands all need to change.”

Frey’s words were not enough for the protestors who started chanting “yes or no.” The female seemingly leading the protest in control of the mic quieted the crowd so she could ask Frey clearly: “Jacob Frey we have a yes or no question for you. Yes or no, will you commit to defunding the Minneapolis police department?” She adds, “we don’t want no mo’ police. Is that clear? We don’t want people with guns toting around in our community, shooting us down…It is a yes or a no. It is a yes or a no. Will you defund the Minneapolis police department?”

What OMG this guy is a mayor!!??
pic.twitter.com/XWwrgAO1P4

Again, the crowd cheered as the woman leaned over to place the microphone in front of Frey to respond. Clearly in an impossible spot, surrounded by hundreds of heated people threatening to vote him out of his job if he doesn’t reply with a simple “yes.” Still wearing his face mask, Frey can be seen shaking his head no although he can’t be heard over the crowd’s yells. The woman shushes the crowd for Frey to answer and he bravely says, “I do not support [inaudible]” to which the woman immediately grabs the mic and says, “get the f*** out of here.”

The crowd screams and shouts at Frey as he walks through the crowd and they scream at him to “go home.” Despite Frey’s willingness to have an open and honest dialogue, Minneapolis city council members have other plans. On Sunday, nine city council members led and spoke at the protest. “With the support of the nine council members, they have created a veto-proof supermajority in support of disbanding the police department. However, to make significant changes to the department or funding for the department, they will likely need a public vote to change the charter” reported Minneapolis’ local Fox affiliate.