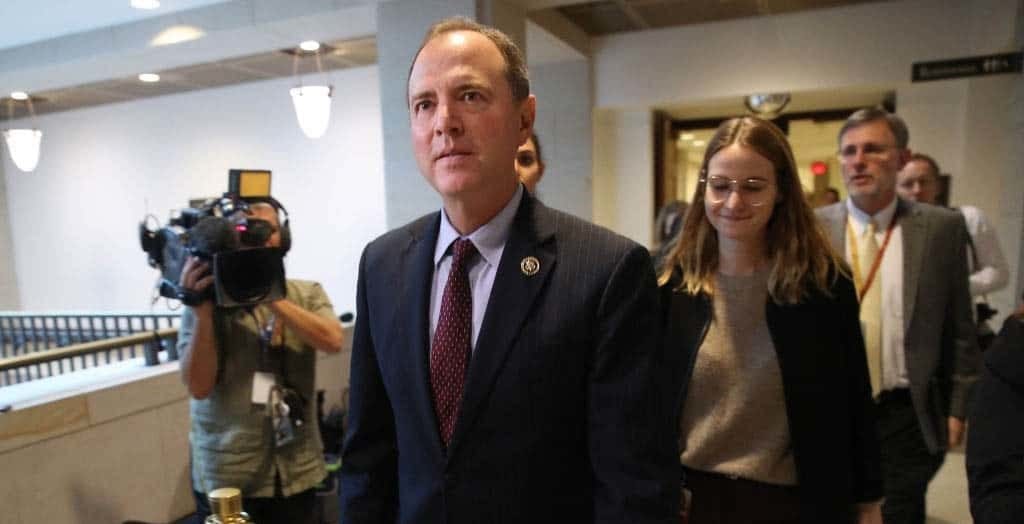 A new report states that Congressman Adam Schiff attempted to strong-arm former United States special representative to Ukraine, Kurt Volker, to testify that President Trump withheld military funding to force the Ukrainian government to open an investigation into Hunter Biden. According to the Washington Examiner, Volker denied these accusations in a secret interview on October 3. This led Congressman Schiff to tell Mr. Volker, “Ambassador, you’re making this much more complicated than it has to be.”

Mr. Volker’s testimony and account of the Ukrainian call ripped apart the Democrats’ and Congressman Schiff’s entire impeachment narrative. Schiff repeatedly tried to have Mr. Volker say that military-aide was being held to get political dirt on a possible political opponent of President Trump.

“‘[The Ukrainians] didn’t want to be drawn into investigating a Democratic candidate for president, which would mean only peril for Ukraine, is that fair to say?’ Schiff asked Volker.

‘That may be true,’ Volker said. ‘That may be true. They didn’t express that to me, and, of course, I didn’t know that was the context at the time.’ (Volker has said he did not know that Trump had mentioned the Biden’s on the July 25 call with Zelensky until the rough transcript of the call was released on Sept. 25.)

‘Part of the other context is vital military support is being withheld from the Ukraine during this period, right?’ Schiff asked.

‘That was not part of the context at the time,’ Volker said. ‘At least to my knowledge, they [Ukrainian leaders] were not aware of that.’

Schiff began to push the quid pro quo allegation. He asked Volker whether he would agree that ‘no president of the United States should ever ask a foreign leader to help intervene in a U.S. election.’

‘I agree with that,’ said Volker.

‘And that would be particularly egregious if it was done in the context of withholding foreign assistance?’ Schiff continued.

Volker balked. ‘We’re getting now into, you know, a conflation of these things that I didn’t think was actually there.’” – The Washington Examiner

In this article:Adam Schiff, Ukraine, Witness