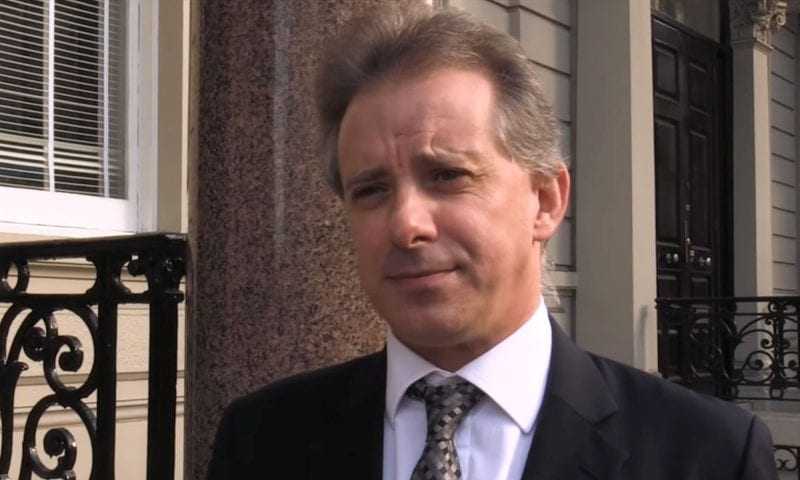 [otw_shortcode_dropcap label=”J” font=”Ultra” background_color_class=”otw-no-background” size=”large” border_color_class=”otw-no-border-color”][/otw_shortcode_dropcap]ohn Solomon of Just The News joined Lou Dobbs on his Fox Business program just before the weekend with a declaration that Russia Spygate indictments could be coming “this week.” Solomon said on Dobbs’ program, “there is some fairly significant evidence that this week…there is some criminal investigative activity that I think will result in some actions coming out soon.” He added, “there’s not going to be a lot, don’t expect 10 or 12 indictments, but there could be a handful of indictments and much more information.”

The discussion revolved around the FBI, which under the Obama administration, knew a Russian disinformation campaign was being run with an MI6 agent in attempts to thwart Donald Trump’s presidential run. Lou Dobbs reiterated the sentiment that the FBI never should have entertained “Christopher Steele as a source” who was paid by Hillary Clinton.

Monday, Solomon went into greater detail in an article on his source on Just The News. “Newly declassified evidence suggesting Russia spread false but derogatory information about President Trump four years ago is calling into question the Obama administration’s intelligence assessment that Moscow was trying to help the Republicans win the 2016 election,” wrote Solomon.

There’s not going to be a lot, don’t expect 10 or 12 indictments, but there could be a handful of indictments and much more information.

Evidence was declassified by the Director of National Intelligence Ric Grenell and Attorney General William Barr in the past few weeks. The documents “revealed Russia knew as early as July 2016 that British Intelligence operative and FBI informer Christopher Steele was aiding an election-year FBI probe of Trump.” Additionally, the evidence clearly shows “the FBI was repeatedly warned that Steele was susceptible to Russian disinformation and that U.S. intelligence concluded some of his Hillary Clinton-funded dossier’s claims about Trump were false information planted by Moscow’s intelligence services.”

Daniel Hoffman, the CIA’s former station chief in Moscow and “one of America’s premier experts on Russia spy tradecraft, said he believed all along the Obama administration’s assessment was wrong and the newly declassified evidence confirms his suspicions” writes Solomon. Hoffman said, “the question of whether Russia favored Clinton or Trump is superfluous…there is no evidence Russia ever had the throw weight to influence the outcome of the 2016 election, the 2017 DNI report confirmed that.”

What was behind Russia’s meddling? Hoffman says that it’s simpler than favoring a candidate. “Putin hates Democrats, and he hates Republicans because what scares him the most is democracy- freedom, liberty – which continued to be an inspiration to the Russian people whom he oppresses.”