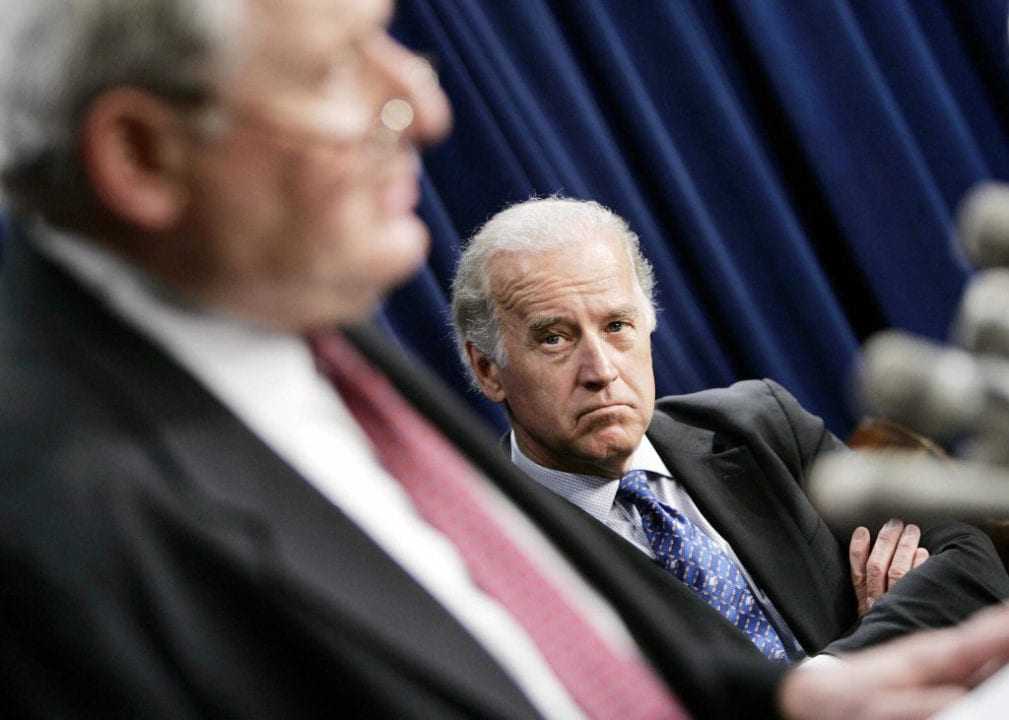 [otw_shortcode_dropcap label=”A” font=”Ultra” background_color_class=”otw-no-background” size=”large” border_color_class=”otw-no-border-color”][/otw_shortcode_dropcap]mericans are waking up to Nancy Pelosi’s fawning endorsement of Joe Biden first thing Monday morning. In a three-minute produced video, Speaker Nancy Pelosi begins by saying “today, I am proud to endorse Joe Biden for President of the United States.” We’ll spare the nauseatingly empty remarks of the remaining three minutes of the video. However, there is another video circulating the internet which may provide insight into Pelosi’s early morning and aggressive stump for Joe.

This video, however, is not a great look for Biden. Just before the weekend, The Intercept reported “a new piece of evidence has emerged buttressing the credibility of Tara Reade’s claim that she told her mother about allegations of sexual harassment and assault-related to her former boss, then-Sen. Joe. Biden.” Reade has publicly told media outlets that she confided in her mother, a friend, and her brother about the alleged assault at the time.

Reade told The Intercept in an interview she remembered her mother calling in to Larry King’s program asking for advice lamenting that her daughter had just left DC after working for a prominent senator, insinuating a problematic incident had occurred. The August 11th, 1993 Larry King video was found and released by The Intercept. King’s program was ironically titled, “Washington: The Cruelest City on Earth?” 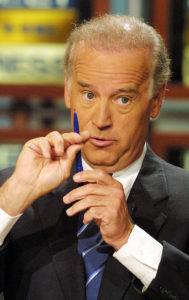 Here is the transcript allegedly of Reade’s mother, Jeanette Altimus calling into the show:

CALLER: Yes, hello. I’m wondering what a staffer would do besides go to the press in Washington? My daughter has just left there, after working for a prominent senator, and could not get through with her problems at all, and the only thing she could have done was go to the press, and she chose not to do it out of respect for him.

KING: In other words, she had a story to tell but, out of respect for the person she worked for, she didn’t tell it?

King then opened up the discussion to his panelists, ignoring the woman’s question and offering no suggestions, “and instead the conversation veered into a discussion of whether any of the men on set would leak damaging personal information about a rival to the press” reported The Intercept.

Looks like not much has changed in “The cruelest City on Earth” nor with the mainstream media since 1993. Speaker Pelosi was interviewed Sunday on CNN by Jake Tapper and there was no mention whatsoever pertaining to any of Joe Biden’s past of alleged sexual misconduct. In an April 17 interview with MSNBC Pelosi was asked if she was satisfied with Biden’s refutation of Tara Reade’s claims. “Yes, I am,” Pelosi answered. “I am very much involved in this issue. I always want to give the opportunity that women deserve to be heard. I am satisfied with his answer, yes” she added.

Despite the speaker’s response, which frankly reads as though English is her second language, she nor her Democratic party nor her adoring media have remotely allowed for Ms. Reade to be heard.