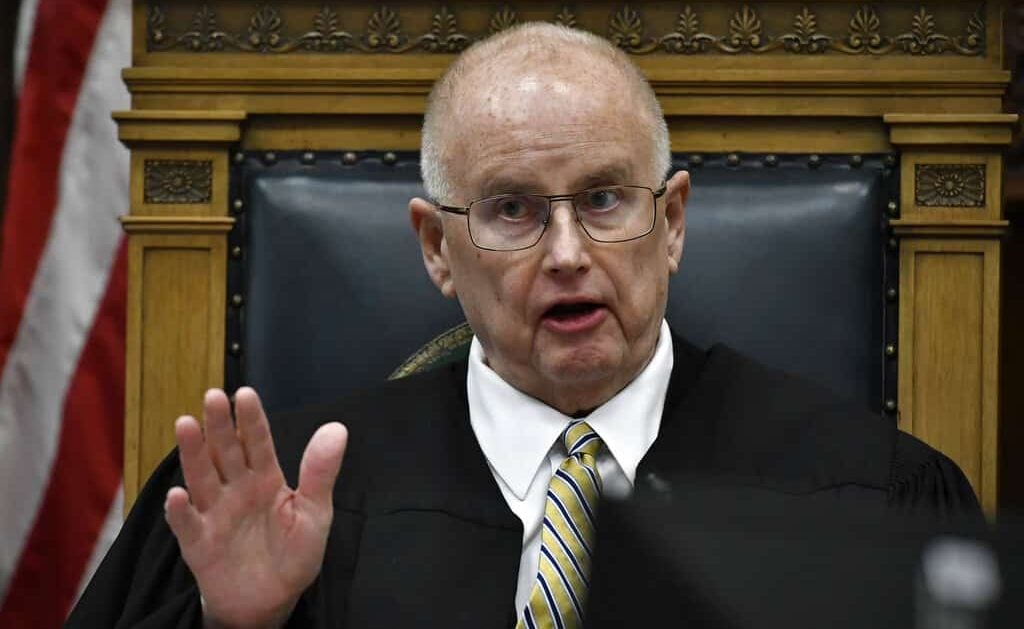 On Thursday, Judge Bruce Schroeder, the Wisconsin judge overseeing the trial of Kyle Rittenhouse, banned MSNBC from the courthouse after a freelance producer allegedly followed a van transporting the jury and received multiple traffic citations from police.

“The jury in this case is being transported from a different location in a bus with the windows covered so that they aren’t exposed to any signs by one side or another or interests in the case, so I’m going to call it a sealed bus, and that’s been done every day and they’re brought here to this building,” the judge said.

Schroeder explained that the MSNBC-affiliated producer claimed to have been directed to follow the jury by a higher-up in New York.

“Police, when they stopped him because he was following at a distance of about a block and went through a red light, pulled him over and inquired of him what was going on. He gave that information and stated that he had been instructed … to follow the jury bus,” Schroeder said, adding, “He was ticketed for violating a traffic control signal. He is not here today, from what I’m told, and I have instructed that no one from MSNBC News will be permitted in this building for the duration of this trial.”

Schroeder went on to explain, “It would go without much thinking that someone who is following a jury bus, that’s an extremely serious matter and will be referred to the proper authorities for further action.”

Schroeder’s announcement came after the Kenosha Police Department released a statement on Twitter detailing the incident.

“Last night a person who is alleging to be affiliated with a national media outlet was briefly taken into custody and issued several traffic-related citations. Police suspect this person was trying to photograph jurors. This incident is being investigated much further,” the statement said. “There was no breach of security regarding the jury, nor were there any photographs obtained. This investigation remains active and open, no further information.”

In this article:Judge Bruce Schroeder