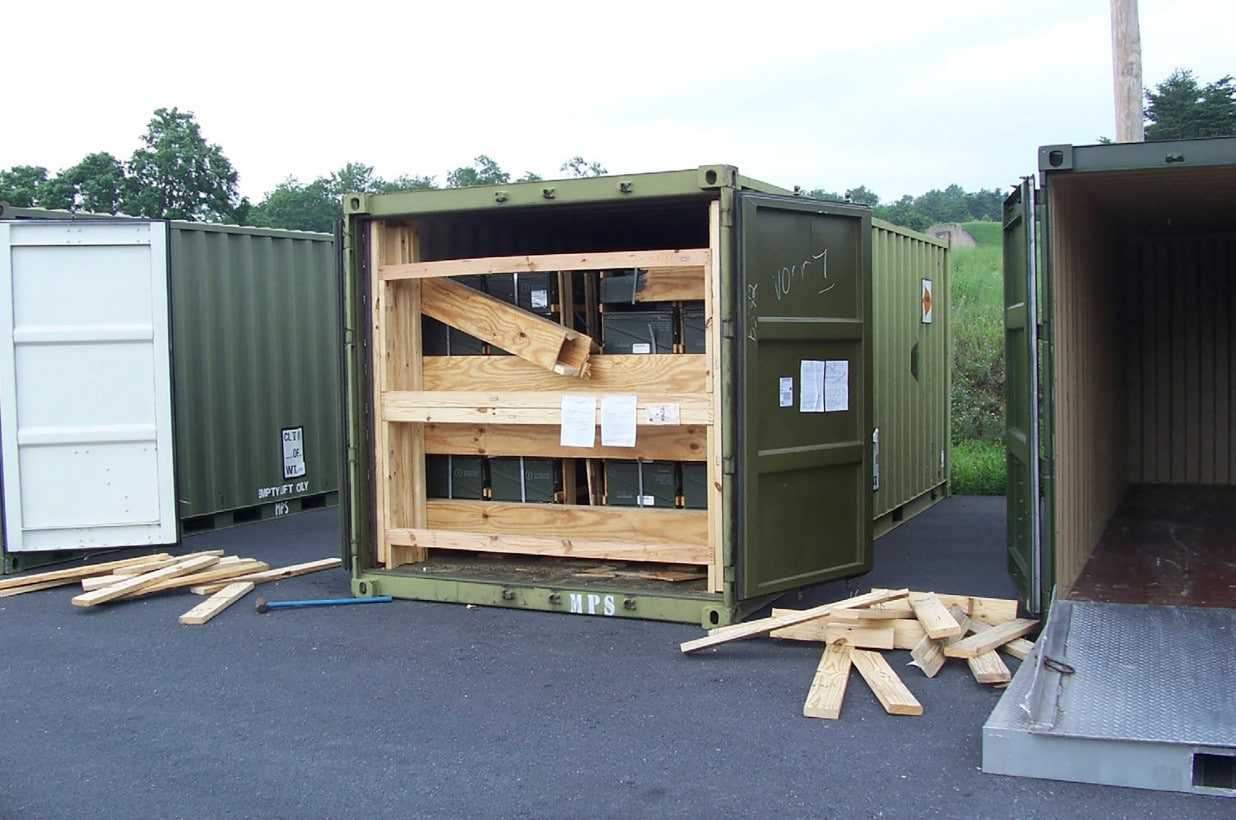 An image provided by the U.S. Army Criminal Investigation Command shows a container of explosive ordnance with signs of theft after arriving at the Letterkenny Army Depot in Chambersburg, Pa.

The Associated Press conducted an investigation “in the first public accounting of its kind in decades” and has “found that at least 1,900 U.S. military firearms were lost or stolen during the 2010s, with some resurfacing in violent crimes” reports the New York Post.

Stolen military guns have been sold to street gang members, recovered on felons and used in violent crimes, the investigation found. The AP identified eight instances in which five different stolen military firearms were used in a civilian shooting or other violent crime, and others in which felons were caught possessing weapons.

Among the cases that have been able to be directly linked is an Army pistol that was stolen from Fort Bragg, North Carolina, and used in four shootings in New York before it was recovered. A separate stolen Army pistol was used in a Boston street robbery.

In Afghanistan, an Army container padlock was cut and 65 Beretta M0s were stolen. “The war zone theft went undetected for weeks when empty pistol boxes were discovered in the compound. The weapons were not recovered” reports the Post, which goes on to say:

Government records covering the Army, Marine Corps, Navy and Air Force show pistols, machine guns, shotguns and automatic assault rifles have vanished from armories, supply warehouses, Navy warships and elsewhere. These weapons of war disappeared because of security failures that, until now, have not been publicly reported, including sleeping troops and a surveillance system that didn’t record.

The Pentagon used to share annual updates about stolen weapons with Congress, reports the Post, but that requirement ended years ago and public accountability has slipped. In the wake of the AP’s investigation, Army Secretary Christine Wormuth said in a hearing of the Senate Armed Services Committee that she would be open to new oversight over weapons accountability.

In this article:Military, news3, Weapons