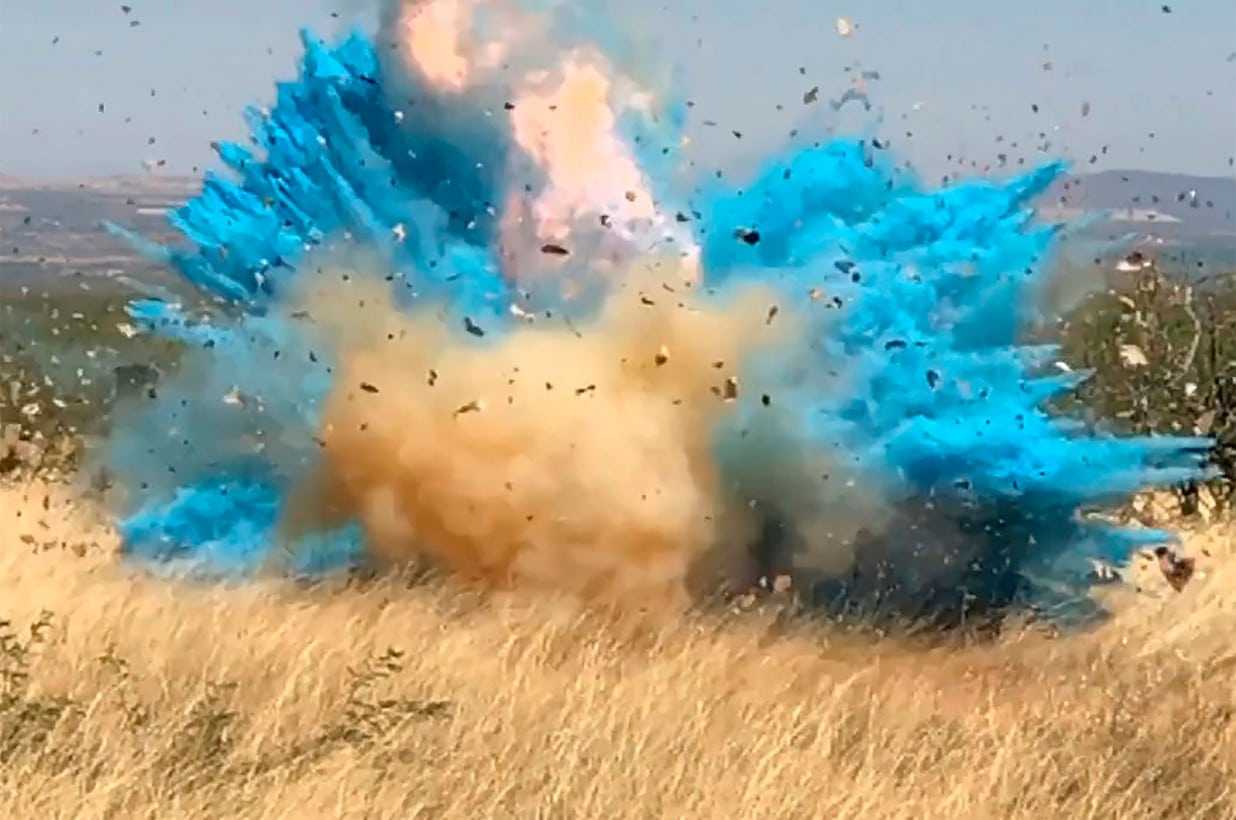 First of all, why are liberals still allowing “gender” reveals? Isn’t predetermining the sex of a human-based on biology not very woke? Regardless, they are still wreaking havoc across the country. One couple’s gender reveal in California started a devastating wildfire just last year.

Police said the blast from the gender reveal “caused public harm.” Police added the April 20th gender explosion rattled nearby towns by setting off reports of an earthquake. “The source was Tannerite – 80 pounds of it.”

The family told police the quarry where the reveal was held is where they thought it would be the safest spot for the explosion. Nearby residents said their homes were rocked and even some reported property damage.

Sara Taglieri said the blast “knocked pictures off our walls…I’m all up for silliness and whatnot, but that was extreme.” Sara’s husband, Matt, said some neighbors reported cracks in the foundation of their homes after the blast.

Luckily no injuries were reported, but one resident who lives two miles away from the quarry said her tap water turned brown after the explosion.

In this article:Gender reveal, New Hampshire