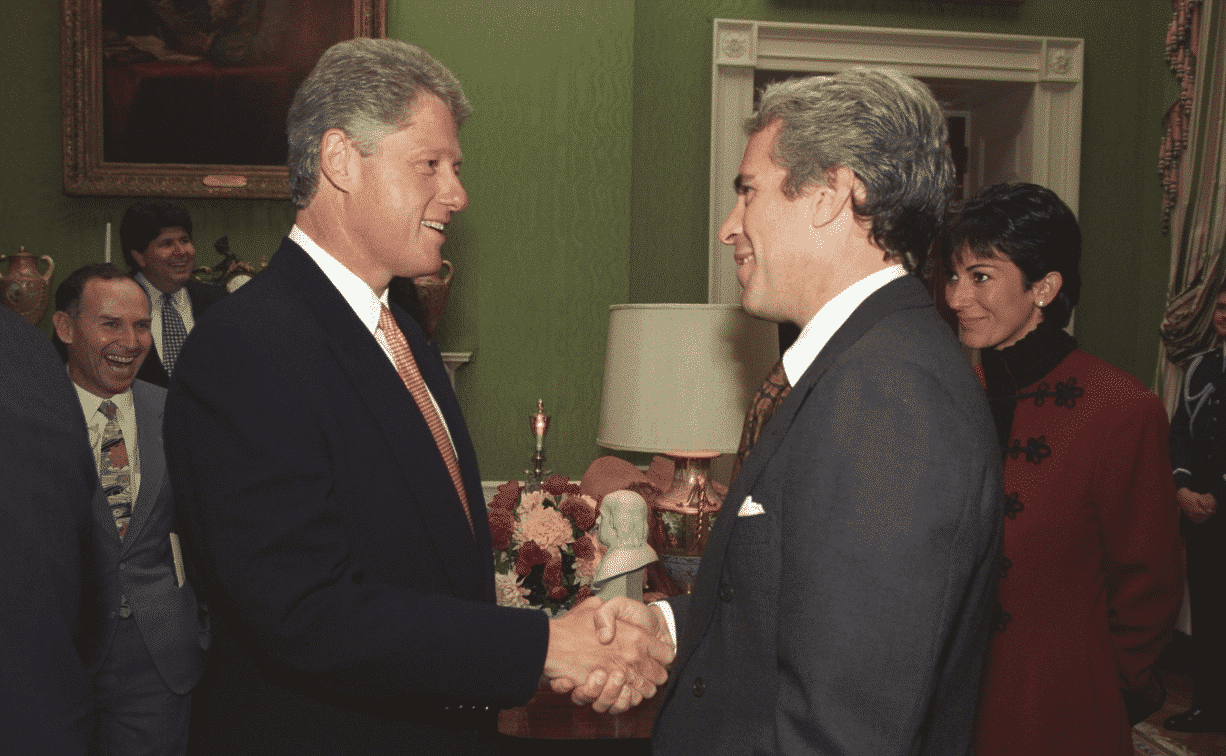 New photos published by The Sun show Jeffrey Epstein and his sidekick Ghislaine Maxwell were guests of President Bill Clinton at the White House. The images have never been seen before and were published after Maxwell’s latest court appearance in Manhattan for sex trafficking charges from her involvement in aiding pedophile Jeffrey Epstein.

“Maxwell and Epstein were known to have befriended Clinton and took him on an African tour in Epstein’s ‘Lolita Express’ jet after the president’s eight years in the White House” reports The Sun. Photos of Clinton and Epstein with a young woman who has come forward as one of Epstein’s rape accusers have been published of an apparent re-fuel stop on one of their trips in 2002.

But, “these pictures show them already cozying up to Clinton just a year into his presidency.” The photos are from September 1993 when Epstein and Maxwell were VIP guests of the president at the White House. “They toured Clinton’s residence and the East Room during a reception after Epstein gave £7,280 to the refurbishment of the Oval Office” according to The Sun. 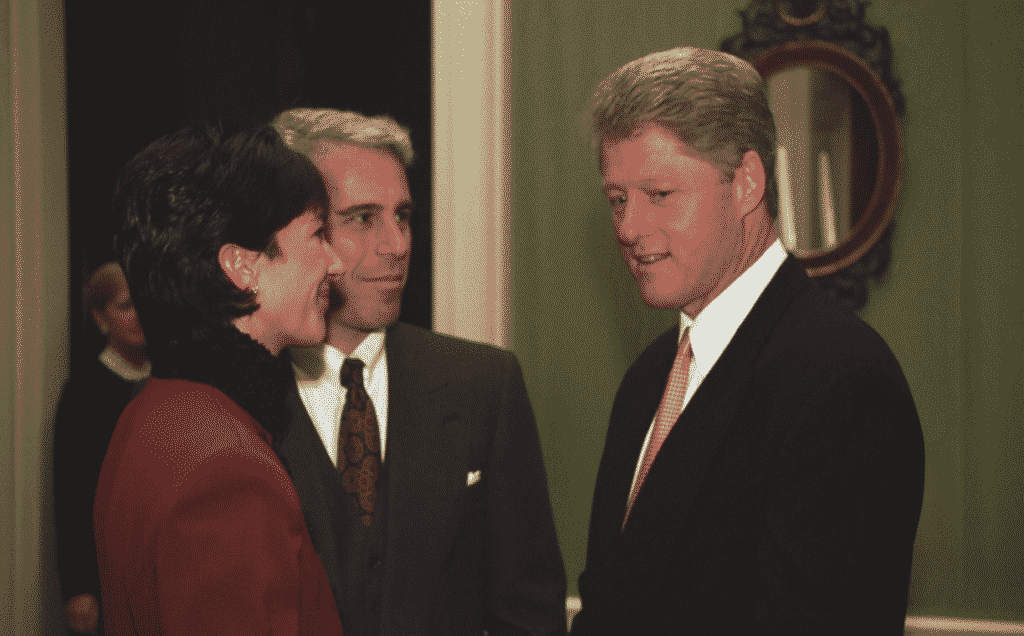 The reception co-hosted by president Clinton and wife Hillary- was a party thanking those who had contributed money to the renovation via the White House Historical Association. “Clinton, 74, has always denied knowing anything about Epstein’s crimes” reports The Sun.

Regardless of whether Clinton did or did not know, it is a fact that he spent time with Epstein and young women all over the world. The Daily Beast reported Epstein has allegedly been in the White House at least three times during Clinton’s administration.

In 2014, Bill Clinton reportedly had a private dinner with Maxwell, long after Epstein was accused and convicted of child sex abuse. The New York Post reports additional information pointing to the relationship between the pedophiles such as Epstein’s accuser Virginia Giuffre who claimed she was on his island at the same time as ex-president Clinton. Also, a book released last year claims Clinton had an intimate affair with Maxwell.

Maxwell was also a guest at the wedding of Bill and Hillary Clinton’s daughter, Chelsea.