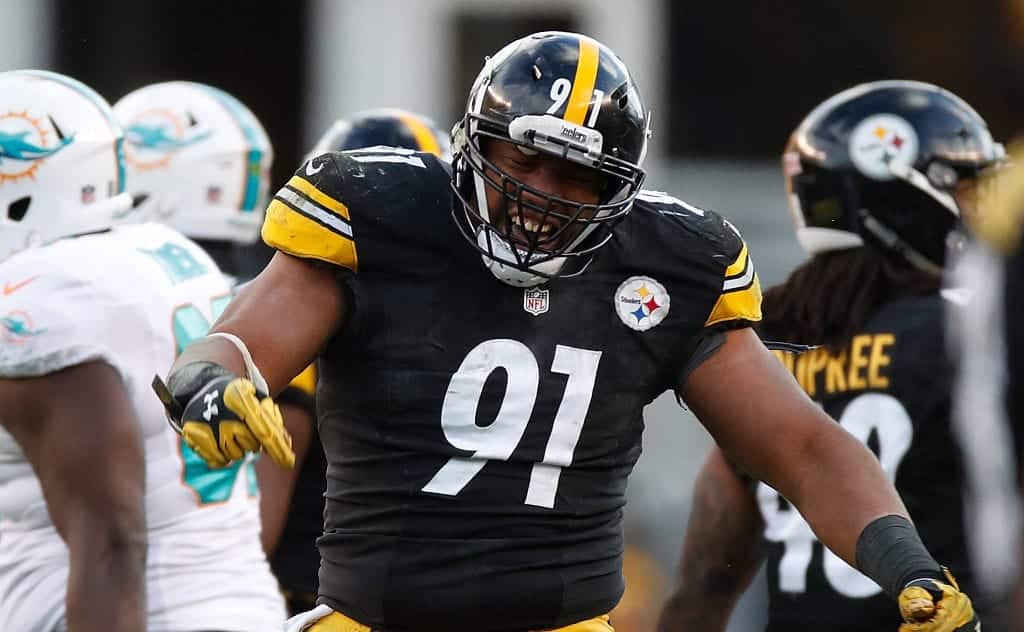 [otw_shortcode_dropcap label=”P” font=”Ultra” background_color_class=”otw-no-background” size=”large” border_color_class=”otw-no-border-color”][/otw_shortcode_dropcap]rofessional football player for the Steelers, Stephon Tuitt, has zero intentions of joining the ‘group think’ that kneeling for the National Anthem and not standing for the flag equates to fighting equality and justice. The 27-year-old defensive end has unequivocally defended the flag and the United States which he credits to his family’s good fortune.

On July 27th, Tuitt tweeted a series of tweets, in which he wrote, “Also I’m not kneeling for the flag and screw anybody who have a problem with that. My grandmother was an immigrant from the Carribean and age worked her ass off to bring 20 people over the right way. She had no money and educated herself to be a nurse. She living good now.” He another tweet in the thread read, “Shut out the Noise and Work” which linked to his Instagram account where he posted clips of the players working hard in football practice.

Tuitt, who is Black, is not backing down to any negative public response, and doesn’t seem to be affected by any of the NFL’s weakness in their attempt to “fight injustice.” His Twitter thread warned others about group think. “I think a lot of athletes need to stop worrying about the public and people who tell them what to do with their money and educate themselves.” The next Tweet read, “Just because they wear a suit with slick back hair you trust them over someone who you can relate to. That’s why athletes get taking advantage over. Educate your self please, I’m tired of hearing the same stories.”

Just yesterday, Tuitt doubled down on his beliefs and posted a powerful image of him in uniform, holding his helmet, placing his right hand on his heart proudly standing for the flag. His caption reiterated his unshakeable belief system:

“I stand for the flag because I am a proud American. Like previously stated, this country has provided and rewarded my family in so many ways through our perseverance and hard work. I will continue to honor my country and be an example to my children to stand for what they believe in.”

He continued, “In regards to police brutality and the black lives matter movement I will support these causes through other means. It’s unfortunate that a couple unprofessional individuals have caused such havoc on our country and damaged the trust of its citizens. I will not let those individuals steer me from the fact of the opportunity this country gives for everyone. God Bless.”