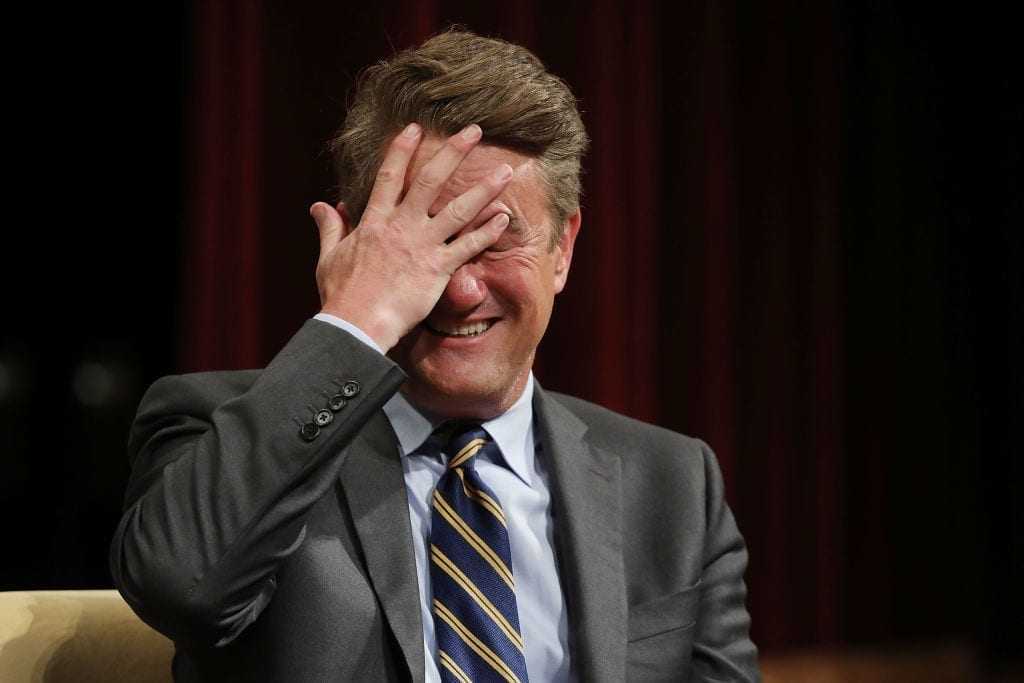 Monday’s confirmation of Amy Coney Barrett to the Supreme Court is a historic moment for Republican women in the United States.

Barrett is the first Republican woman to be seated on the bench, cementing a monumental 6-3 republican majority.

But the Democrats have made it clear that they will do anything and everything in their power to change that.

MSNBC’s Joe Scarborough proposed nominating the former Secretary of State to the Supreme Court next year if Democrats take the White House on November 3.

And what a scary thought.

“What a great birthday gift it will be next year for @HillaryClinton when she is one of the three new Supreme Court justices appointed through the Judiciary Reform Act of 2021,” Scarborough tweeted Monday following Barrett’s confirmation.

“Thanks for the idea, guys. Only your colleagues’ thuggish behavior made it possible,” Scarborough wrote in response to Republicans on the House Judiciary Committee.

What a great birthday gift it will be next year for @HillaryClinton when she is one of the three new Supreme Court justices appointed through the Judiciary Reform Act of 2021. Thanks for the idea, guys. Only your colleagues’ thuggish behavior made it possible.#ReformTheCourt https://t.co/9Ae4PVnH1Q

On Hillary Clinton's birthday, we will celebrate an amazing day as President Trump's third Supreme Court Justice is confirmed.

There is no greater gift to America. #AmyConeyBarrett

Congratulations Amy Coney Barrett! You got this.

Thank you to @realDonaldTrump for the brilliant nomination and @senatemajldr for all the hard work.

Also, Happy Birthday to Hillary Clinton! We couldn’t have done this without you. #3TrumpJustices

Not tired of #WINNING.

Clinton took to a New York Times podcast Monday to express her – still – bitterness about her loss four years ago.

“I was the candidate that they basically stole an election from,” she said.

In August, Clinton said she was open to serving in a potential Biden-Harris administration, according to The Federalist.

“If you’re asked to serve, you should certainly consider that,” Clinton said.

While Biden has refused several times to give a straight answer regarding the possibility of court packing, he has signaled willingness to overhaul the judiciary in order to weaponize the bench as a super-legislature, The Federalist reports.

The final vote to confirm Barrett came in at 52-48. Republican Senator Susan Collins of Maine was the only GOP senator to cross over and vote with the Democrats after citing that it’s too close to Election Day.