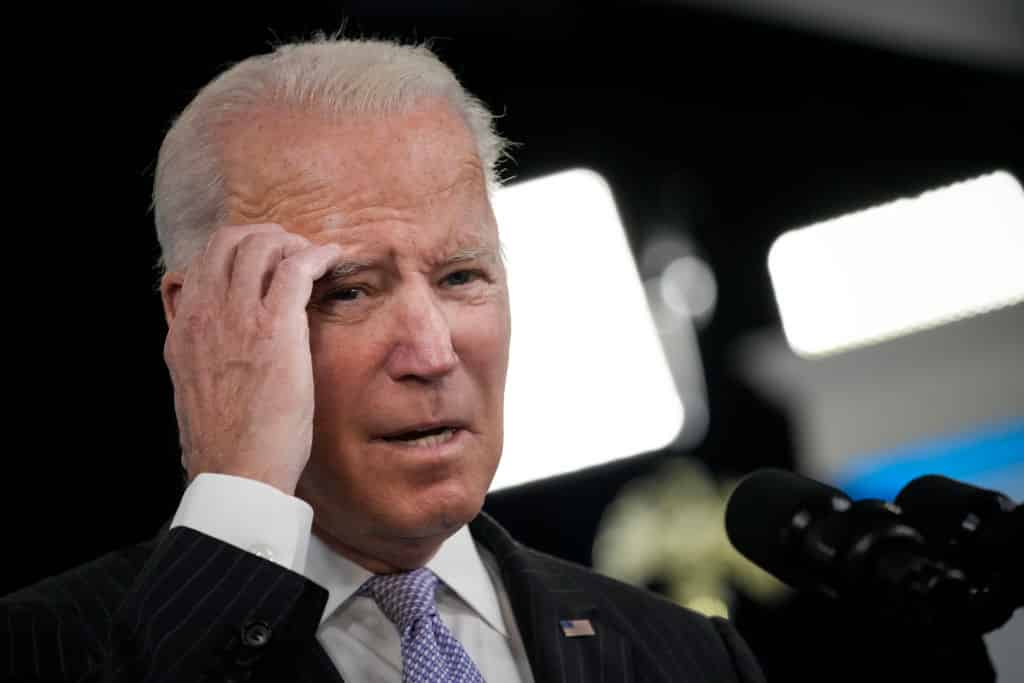 I got a missive from an old buddy of mine.  He bemoaned how American democracy is on the precipice of death.  It read like an obituary.  He drew comparisons to Nazi Germany in the 1930’s, the rise of Hitler, and well… you know the drill.  It was fully-loaded Chicken Little Syndrome —the sky is falling, and the end is nigh.  He talked about leaving the U.S.  When my efforts at reason met with stubborn resistance, I tossed in the towel and offered to help him pack.  That’s what friends do.

I can’t say I was surprised.  It’s the same unhinged existential hysteria that Joe Biden has been peddling: Republicans are semi-fascists (whatever that means), white supremacists, a threat to democracy, and a clear and present danger to the republic.  It’s absonant fear-mongering meant to scare the hell out of voters into casting ballots for Democrats in the mid-term elections.  It won’t work because it reeks of desperation in the face of an anticipated thumping at the polls, which means the functional end of Biden’s presidency.  It also has the inconvenience of being untrue.

Biden is not the only one who has lost his marbles over democracy’s supposed doom.  Rep. James Clyburn, the Democratic House Majority Whip, seems to think you’re a latent Nazi if you vote Republican.  “I’m telling you, what I see here are parallels to what the history was in this world back in the 1930s Germany,” he blathered to Fox News.  It’s worth recalling that Clyburn is the guy who resurrected Biden’s candidacy from the walking dead during the 2020 primaries.  So, at least we know who to blame.

What’s troubling is that some otherwise intelligent people are buying into the tortured nonsense.  Most are suffering from an incurable case of TDS, aka Trump Derangement Syndrome.  Take presidential historian Michael Beschloss, for example.  On MSNBC, he loosened his straitjacket and launched into an apocalyptic prediction that democracy will cease and “our children will be arrested and conceivably killed” if the GOP gains a majority in Congress.  I’m tempted to advise that Beschloss belongs in the psych ward at Bellevue.  But then, MSNBC is pretty much the same thing.  Wingnuts have a comfortable home there.  They can fulminate ad nauseam without an ounce of conscience and restraint.  Or sagacity.

Prophecies of the imminent collapse of our democracy and the onset of an authoritarian dystopia is something of a broken record in politics.  As Kim Strassel at The Wall Street Journal pointed out, “This is the fourth cycle Democrats have made histrionic claims of external threat, internal menace and political demise.”  That’s true, but it’s been going on far longer.  More than two centuries, in fact.

Today’s ugly and divisive rhetoric is unsavory and downright loathsome, to be sure.  But it is hardly unusual in American history.  In fact, it pales in comparison to our mid-19th century.  Decades of virulent, and often violent, arguments culminated in a Civil War.  Roughly 620,000 American soldiers were killed.  In all, there were 1.5 million casualties.  Our greatest president was assassinated in a shameful act of political hatred and reprisal.

Before all of that, a renowned U.S. Senator was caned on the floor of the chamber by his political nemesis.  Even at the birth of our constitutional republic, the personal attacks between leading politicians —sometimes ending in deadly duels like the Burr-Hamilton episode— make today’s poisonous vitriol seem tame and even quaint.

Does our bombastic rhetoric exceed the bounds of decency and common sense?  Absolutely.  Has the toxicity of polarizing extremes been normalized?  Sadly, yes.  It’s not just regrettable, it is counterproductive.  But I’m not quite prepared to write off America with exaggerated analogies to Nazi Germany.  That seems overwrought.  Nor do I expect democracy to spontaneously combust if the balance of power shifts in Washington on the morning of November 9th or on January 3rd when a new Congress convenes.

In a nation founded on free speech principles, there will inevitably be bad or incendiary speech that competes with good speech.  This is the ordinary course in a free society.  However, the solution to disagreeable speech is not its abolition or suppression, but positive expression as an antidote.  More speech, not less, is the cure.

This is why the recent movement toward wholesale censorship among news organizations and social media is so dangerous.  So, too, are coercive social silencing and our burgeoning cancel culture.  The real threat to democracy today lurks in the smothering of dissent.  Before he retired, U.S. Supreme Court Justice Anthony Kennedy wrote, “The remedy for speech that is false is speech that is true.  The response to the unreasoned is the rational; to the uninformed, the enlightened; to the straight-out lie, the simple truth.”

No, Democracy itself is not in grave peril.  America won’t die if Republicans win and Democrats lose, despite Joe Biden’s dark foreboding.  He’s just trolling for votes, and no reasonably sentient person believes him.  That includes some in his own party who now realize, albeit belatedly, that they are oblivious and tone deaf.  Democratic strategist Hilary Rosen admits it was a mistake to prioritize democracy over the economy.  “When voters tell you over and over and over again that they care mostly about the economy, listen to them!  Stop talking about democracy being at stake,” she told CNN.

So, there is no need to break out the lifeboats and vests.  America will not slam headlong into an iceberg on Tuesday and sink into a watery grave.  Your kids won’t be rounded up and murdered on Wednesday.  Democracy will survive this election and many more to come.  This is because our Founding Fathers devised a dynamic system of government circumscribed by checks and balances to guard against abuses and tyranny.  This is an enduring feature of our representative democracy.  It is uniquely American.  It ain’t the Germany of old.

But if you don’t like it, you are free to go elsewhere.  There are millions of people trying to get into the U.S.  We could stand to lose a few going the other way.

In this article:featured, Joe Biden