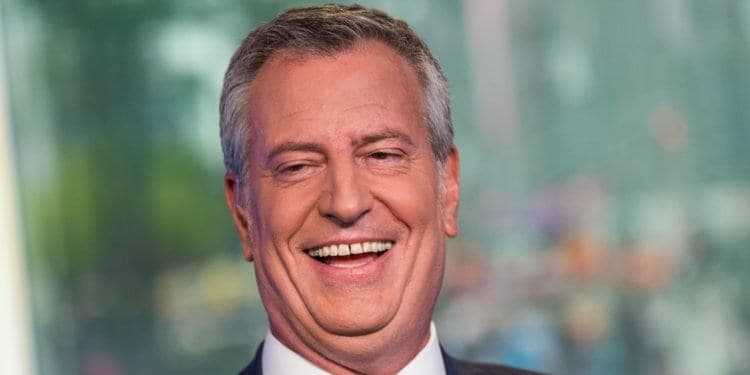 “We need to hear you RESIGNED as Mayor of NYC,” Sergeants Benevolent Association President Ed Mullins said Friday on his Twitter account. “We are WAITING. Only a few hours left until sundown. Give 8 million people a gift & quit. You ruined NYC, Save the City and step down,” added Mullins. Doesn’t get any more specific than that.

Mullins’ tweet came after de Blasio trashed the 2020 Republican National Convention and the president in his own Twitter post. “What did we need to hear this week? Plans to fight COVID-19 and get Americans back to work” said de Blasio from his official @NYCMayor account. “What did we hear? Lies about the greatest city in the world and one of the most diverse places on Earth. Because @realDonaldTrump is afraid of diversity. He’s afraid of true greatness,” wrote de Blasio.

The Mayor’s press secretary Bill Neidhardt jumped into the Twitter battle to defend his boss. “Ed Mullins and RNC speaker Pat Lynch do not represent the views of most New Yorkers, let alone rank-and-file.” Neidhardt then added the empty, baseless attack that is Democrats’ go-to remark when they are unable to retort the president on substance of content. Speaking about Mullins and Lynch, Neidhardt wrote, “they’re a disgrace to the labor movement. Their embrace of a racist President shows how ill-equipped they are to serve a diverse city and a majority-minority force.”

De Blasio’s remarks undoubtedly stem from his insecurities of how poorly he has done at keeping New York City held together. After Mullins criticized de Blasio on his handling of the George Floyd protests which led to shootings, looting and murder during a press conference last month, de Blasio simply replied that the union chief was a “liar.” De Blasio and his press secretary are quick to accuse the President and Mullins of being liars and racists, which is so easy to do when no justification or information backing up the name-calling is given.