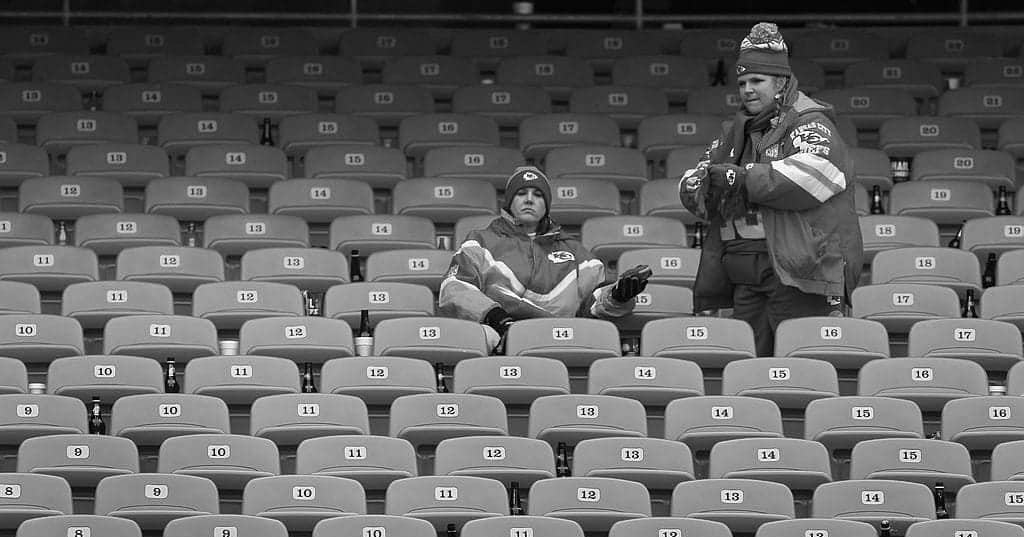 If you’ve always wanted to advertise with the NFL, now’s your chance. The Wall Street Journal came out with a report indicating just how much the money-making NFL beast is currently treading water. “TV networks are feeling the strains of disappointing NFL ratings, as they are forced to restructure deals with advertisers to make up for the smaller audience, and their opportunity to make money off remaining games during the lucrative holiday season narrows” reports the WSJ.

NBC made the “unusual” move lowering its price to advertisers that had already committed to run during the Baltimore Ravens versus Pittsburgh Steelers game on Thanksgiving night, “after a Covid-19 outbreak on the Ravens forced the game’s postponement to the following Wednesday.”

Additional networks are also considering decreasing costs for advertisers to purchase commercial time during NFL games as well as other programming than the advertisers originally pledged in order to keep them relatively happy. As the WSJ points out, “NFL games provide TV’s most in-demand and expensive ad inventory, because they regularly gather the largest live audiences at a time of increasing audience fragmentation.” But, not anymore.

NFL ratings have tanked this year. From COVID regulations to little-to-no fans in the stands and postponed games due to coronavirus outbreaks, the NFL is, well, experiencing life like the rest of us. Networks are being forced to give marketers remaining commercial time, considered “make-good commercials” which “are given if a network under delivers on the audience it promised an advertiser.”

Last year’s NFL season, “not including the playoffs, networks that broadcast the games generated $3.6 billion in TV ad revenue.” Thanksgiving’s Ravens-Steelers game only drew 11 million viewers, almost a 50% decline from last year’s Thanksgiving game. An NBC Sports spokesman said, “we’ve worked with every one of our partners individually to find what works best for them…we will have delivery solutions for all of our NFL advertisers this season.” Meanwhile, CBS said it will not be adjusting ad pricing for its NFL broadcasts.

In this article:news4, NFL, ratings