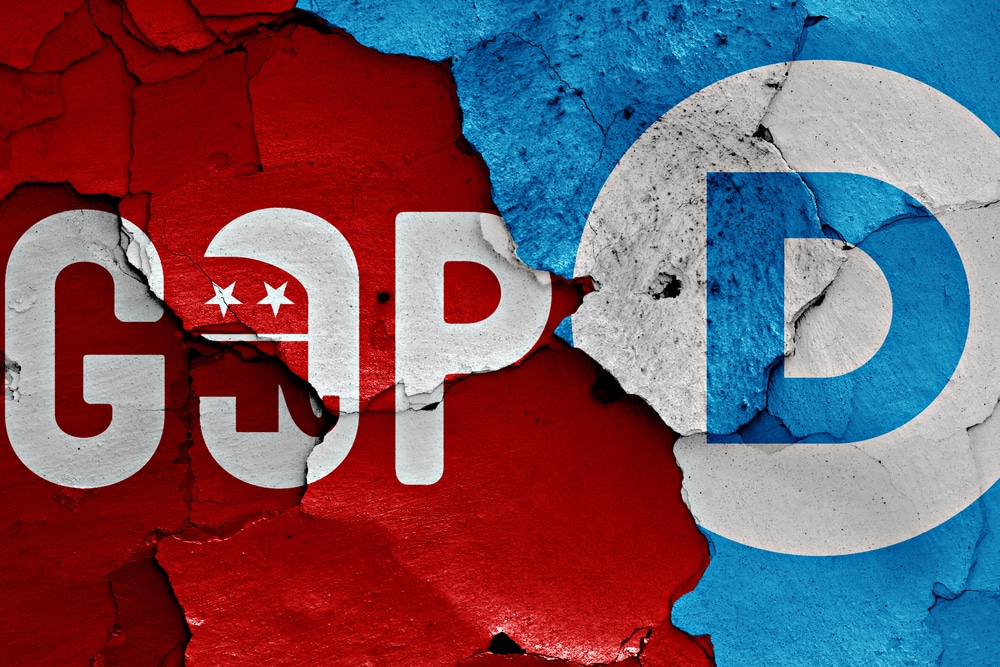 Most notably, the poll asked of the upcoming 2022 Congressional Midterm Elections, “if this year’s election for Congress were held today, which party’s candidate are you more likely to vote for in your district?”

The result: “Independents break 45% for the Republican candidate and 38% for the Democratic candidate on the generic congressional ballot. A notable 10% are unsure.”

Biden’s score for handling the economy is at 39%, a significant percentage down from the 55% he received in the March survey immediately following his State of the Union Address.

With less than six months to go for midterm elections, “U.S. registered voters give Republicans (47%) the advantage over the Democratic candidates (44%) nationally.”

Majority of Americans believe the Republican Party would be better at handling a plethora of issues including the economy, controlling inflation, crime, national security, and gun policy.

•    Pluralities of Americans perceive the Republican Party to be the party that can better deal with the issues of national security (43%), the economy (42%), controlling inflation (41%), gun policy (41%), and crime (39%). The Democratic base is fractured on these issues. Notable proportions of Democrats think the Republicans, both parties, or neither party would be better able to handle these issues.

•    There is less consensus among Americans about whether the Democratic or Republican Party would do a better job handling immigration (37% Republicans to 34% Democrats) and election security (33% Democrats to 29% Republicans).

President Joe Biden’s job approval rating stands at 41%, inched up from 39% in late March. By more than two-to-one, Americans are still more likely to strongly disapprove (37%) than strongly approve (16%) of Biden’s performance. Biden’s favorable rating is down from his March 2021 high of 52%. It now stands at 42%. His favorability is just slightly higher than that of former President Donald Trump (39%).

In this article:featured, GOP, Midterms