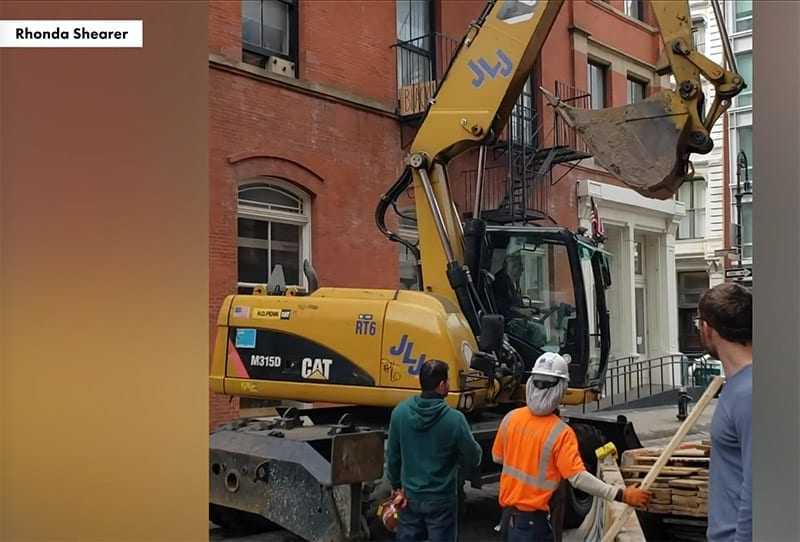 [otw_shortcode_dropcap label=”C” font=”Ultra” background_color_class=”otw-no-background” size=”large” border_color_class=”otw-no-border-color”][/otw_shortcode_dropcap]alculated looting has plagued New York City during the George Floyd protests, and many high-end designer stores have been targeted. In Soho, thieves “filled at least 10 large plastic bags with the pricey accessories, which they stashed on the street to look like garbage” reported the New York Post. When the criminals returned to pick up their valuables disguised as trash, they were thwarted by city construction workers.

Construction workers found the bags, filled with Gucci handbags, believed to be worth hundreds of thousands of dollars. According to a witness who described the scene to the Post, when the looters returned, the local workers used their excavator to keep the goods away out of the criminals’ hands. They “just said, ‘No way’ and lifted the bucket at least three stories high,” said the witness.

Workers were from the Queens-based JLJ Enterprises found the bags when they arrived at their worksite around 7:30 am on Tuesday. “We saw a lookout guy just sitting there watching the site,” said one worker Nick. When Nick asked what was in the bags, the lookout guy responded, “nothing.” So, “we looked inside, and we saw it filled to the top…about $100,000 to $200,000 full of stuff” said Nick.

Nick and his colleagues decided to put all of the valuables in the bucket of the excavator which angered the looter on the lookout. “He was violent, he got I our faces and tried to fight us. He said, ‘I am trying to feed my family, why are you doing this?” said Nick.

“We called the cops…but they didn’t come,” said Nick, who described the Soho area as a “war zone” of trashed stores. Eventually, the thieves gave up and left as they could not retrieve the stuffed garbage bags from the excavator’s bucket high in the sky. Nick and his colleagues helped return the Gucci merchandise to the store’s security guards. “We gave Gucci back all this stuff and almost got beat up [by looters] – and they just offered us a cup of coffee. Not even a discount,” said Nick.