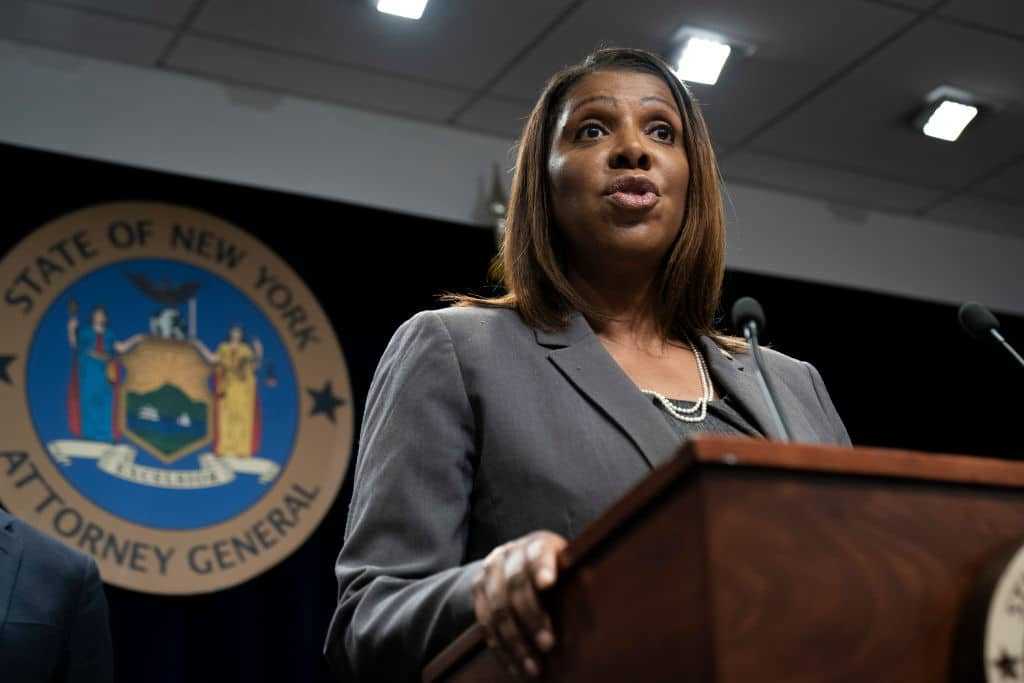 Before Democrat Letitia James was ever elected Attorney General of New York in 2018, she vowed to exploit the immense powers of that high office to investigate and prosecute then-President Donald Trump for his business transactions.

Never mind that James was not privy to any evidence or documents that the then-president had ever violated state laws as a real estate developer. Being bereft of facts did not deter her from accusing Trump of everything from “money laundering” to “defrauding Americans.” She publicly denounced him as an “illegitimate president” and constantly repeated her campaign pledge to take him down.

Three months after assuming office, James officially launched the predestined probe. Her bitter crusade was always an investigation in search of a crime. She prejudged the merits of a case she had yet to bring and promised an outcome that was preordained. James is the kind of bete noire prosecutor who sullies the good name and reputation of honorable prosecutors everywhere.

On Thursday, James announced that she had escalated her investigation into the Trump Organization from a civil case to a criminal matter. She is investigating the way Trump’s business assigned values to its real estate holdings as it solicited loans and sought tax breaks permitted under the law. Whether she will ever issue indictments is an open question and unknown.

What is known is that the New York attorney general is under the mistaken impression that her prosecutorial power is an omnipotent weapon that can be used to selectively punish a political nemesis and to advance her own career in public office. Her malign behavior is an affront to justice because it is so profoundly unethical.

Under the code of conduct that governs prosecutors in New York, James is duty-bound to be fair and impartial. She must refrain from methods that are calculated to produce prejudice. Her decisions cannot be driven by political bias. Her neutrality must be beyond question such that even the appearance of a conflict of interest is grounds for disqualification.

James seems to have forgotten one of the most sacred cannons of professional ethics: the primary duty of a lawyer engaged in public prosecution is not to convict, but to see that justice is done. Yet, throughout her campaign speeches and post-election remarks, James committed herself to a legal course of action against Trump regardless of whether it was warranted and well before she gained access to any relevant evidence or facts.

Examine the A-G’s rabid campaign rhetoric that she suffused with strident anti-Trump diatribes. She accused him of conspiring with foreign governments, obstruction of justice, and a “pattern and practice of money laundering.” She informed her supporters and the media that she was running for attorney general because “the man in the White House can’t go a day without threatening our fundamental rights.”

There is more. James vowed to relentlessly pursue Trump, his organization, his family, and anyone in his orbit. “Taking on President Trump and looking at all the violations of law I think is no match to what I have seen in my lifetime,” she proclaimed. This was before she was even sworn into office.

Compare these remarks to the American Bar Association’s ethical standard 2.1 which reads: “When deciding whether to initiate or continue an investigation, the prosecutor should not be influenced by partisan or other improper political considerations…or hostility or personal animus toward a potential subject.”

No reasonable person can believe sincerely that James did not breach her ethical duty under this strict professional standard. To the contrary, she obliterated any semblance of fairness and impartiality with a pernicious investigation driven by prejudice. Her hatred of Trump is palpable and laid bare for all to see in her many chronic condemnations of him before she ever opened her investigation.

Unwittingly, James has delivered to Trump a jurisprudential gift and self-sabotaged her own ability to prosecute.

Beyond recusal, he could demand that any criminal charges filed must be dismissed due to overwhelming evidence of bias.

In other words, James has been chasing Trump, not crimes. This is a flagrant violation of his due process rights which are designed to protect citizens from abusive prosecutions. Her own incriminating words would be used against her.

If a motion to dismiss fails, Trump could argue what’s known as “selective prosecution” as a procedural defense. That is, he was singled out by James for political and personal reasons, thus violating the guarantee of equal protection under the law.

Once again, the invectives hurled by the attorney general against Trump constitutes strong evidence that she specifically targeted him in an unequal way compared to countless other developers who have utilized the identical methods of calculating real estate values, loans, and tax breaks. In several cases, the U.S. Supreme Court has reminded prosecutors that they are constitutionally forbidden to bring criminal charges “that have a discriminatory effect and are motivated by a discriminatory purpose.”

Bear in mind that any criminal case brought by James would be exceedingly difficult to prove. In valuing his holdings, seeking loans, and filing taxes, Trump has always relied scrupulously on the judgment and advice of real estate experts, lawyers, and tax accountants. Proving that he “intended” to violate the law by following the counsel of experienced professionals would be a tremendously high burden for any prosecutor to achieve.

None of this seems to have occurred to Attorney General James. For nearly three years, she has been waging an implacable political and personal vendetta against the 45th president.

In so doing, she has undermined herself, corrupted her high office, and debased the rule of law that was founded on the principle of fundamental fairness. The words “Equal Justice” are not a mere nuisance engraved on the pediment of the Supreme Court. They are a necessity in our constitutional republic.

Letitia James is the one who should be investigated for her malicious actions.

In this article:Donald Trump, Letitia James