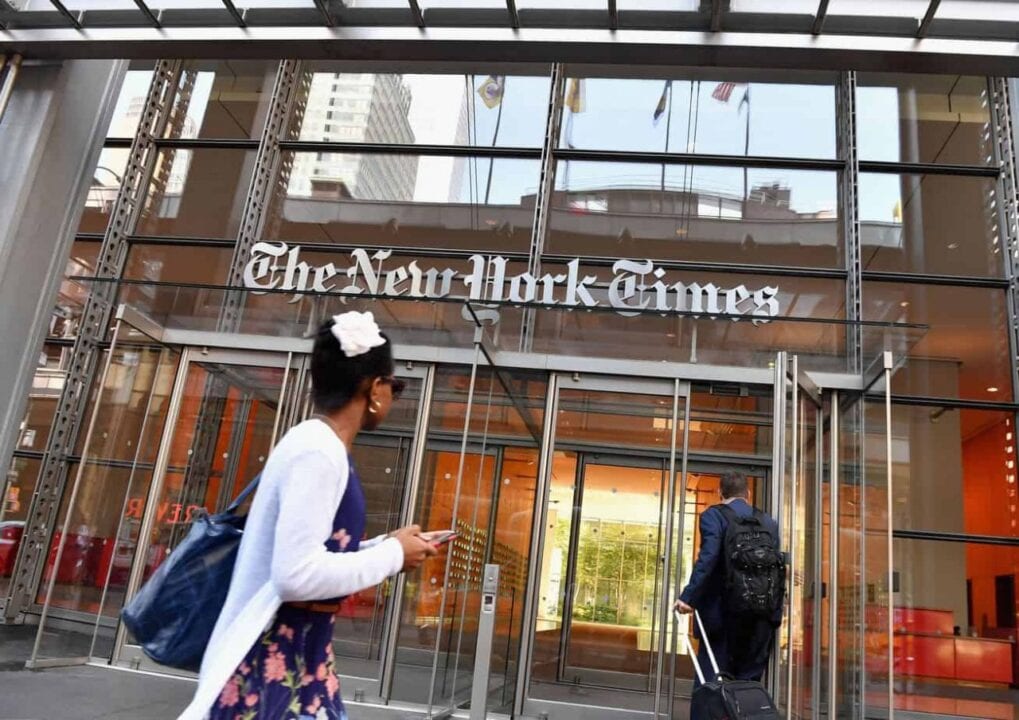 On Thursday, the New York Times published an article attempting to “cast suspicion on James O’Keefe and his Project Veritas for using lawyers to keep investigations within legal bounds,” according to Breitbart. The Times article comes out as James O’Keefe is dealing with court proceedings regarding the case of Ashley Biden’s “stolen” diary, which he turned over to law enforcement after not being able to verify its authenticity. On November 6, O’Keefe’s home was raided by FBI agents who threw him against the wall, arrested him, searched his apartment, and seized two of his iPhones.

Brietbart reports that the New York Times is basing its report on “legal memos obtained from Project Veritas’s lawyers.” The Times writes, “Project Veritas has long occupied a gray area between investigative journalism and political spying, and internal documents obtained by The New York Times reveal the extent to which the group has worked with its lawyers to gauge how far its deceptive reporting practices can go before running afoul of federal laws.” They continue, “the documents, a series of memos written by the group’s lawyer, detail ways for Project Veritas sting operations — which typically diverge from standard journalistic practice by employing people who mask their real identities or create fake ones to infiltrate target organizations — to avoid breaking federal statutes such as the law against lying to government officials.”Information about how the Times received the memos has not been revealed.

Brietbart notes that “criticizing a disfavored target for the mere fact that he or she has used an attorney has become a favored tactic of the left.” They cite similar situations regarding President Donald Trump and, most recently, Kyle Rittenhouse.

On Thursday, the United States District Court of Southern New York ordered the Department of Justice to stop extracting information from O’Keefe’s phones.