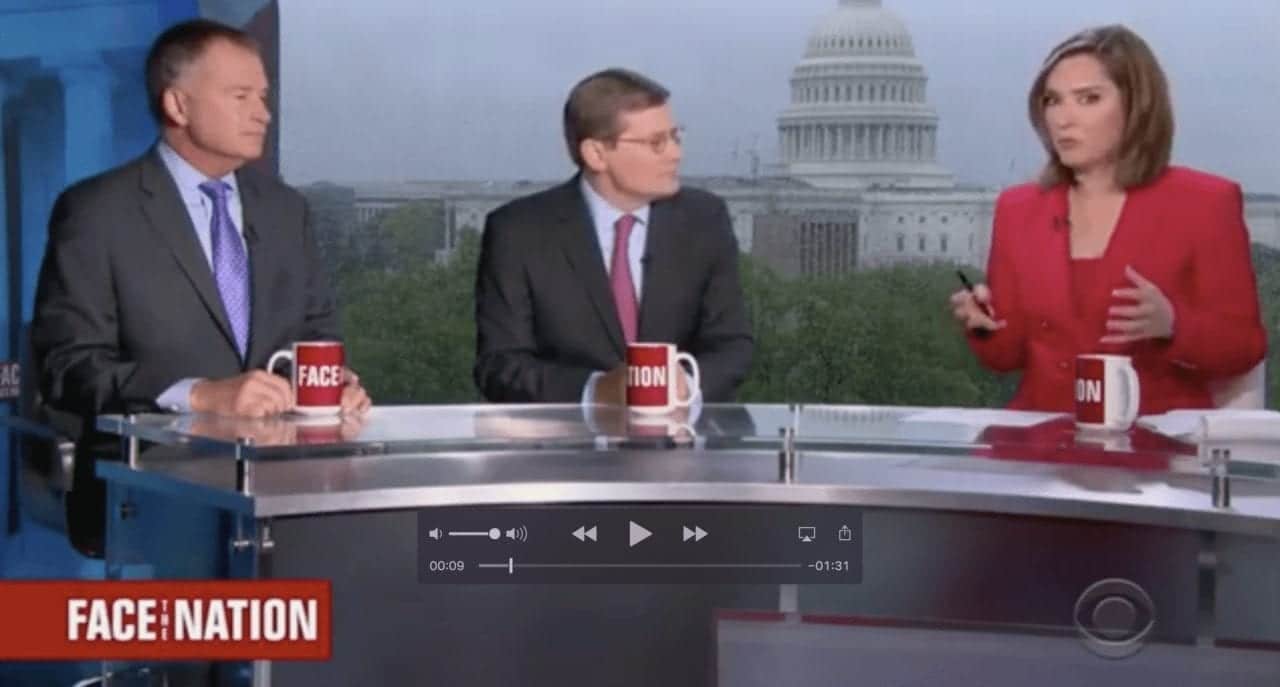 President Barack Obama’s CIA Deputy Director Michael Morel and Retired Adm. James Winnefeld used their appearance on Face the Nation to criticize President Trump’s statement on the death of ISIS leader Abu Bakr al-Baghdadi. Morel had issues with President Trump saying that the leader of the terrorist organization “died after running into a dead-end tunnel, whimpering and crying and screaming all the way.”


Deputy Director Michael Morel claimed that when the Obama Administration successfully killed 9/11 mastermind Osama bin Laden, they went out of their way to not celebrate or boast about his demise. Mr. Morel is either letting his biases against President Trump distort his memory, or he is unaware of Vice President Biden’s favorite saying of the 2012 election “Osama bin Laden is dead and General Motors is alive.”

While CIA Deputy Director Michael Morel and Retired Adm. James Winnefeld are trying to claim the moral high ground to criticize President Trump, they fail to realize that the American people appreciate the way President Trump talked about al-Baghdadi who should always be referred to as a coward who deserves nothing but the worst epithets. President Obama called ISIS, one of the most brutal terror organizations, the JV team and he and his administration severely underestimated their barbarism. This underestimation led to the murder of countless people in the Middle East and the inspiration of terror attacks across the entire world.

It is absurd to assert that calling the ISIS leader a “whimpering” “crying” “dog” is what would make his followers lash out. The United States just killed al-Baghdadi; his followers will care much more about his loss than what any person involved calls him. Morel and Winnefeld were part of the leadership team who underestimated ISIS and allowed al-Baghdadi to come to power. They have no business commenting on the successes of President Trump in killing the ISIS leader, al-Baghdadi when they failed to do so and allowed his power to grow.