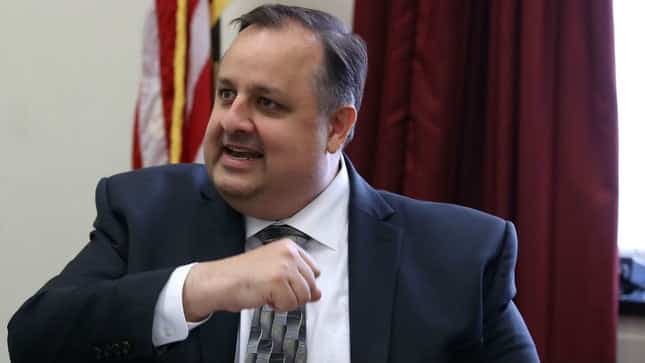 Former director of Obama’s Office of Government Ethics Walter Shaub warned during a CNN interview on Friday that the process around selling Hunter Biden’s artwork will create the “perfect mechanism” for bribing President Biden.

“I mean, they have outsourced Government Ethics to an art dealer. She mentioned industry standards. It’s an industry that’s notorious for money laundering,” Shaub said. “There’s no standards in that industry, and the idea that they’re going to flag any overly priced offers, well this is art that hasn’t even been juried into a community art sale. How is, how are they going to decide what’s unreasonable when they’ve already priced it in the range of $75,000 to $500,000 for a first outing? This is just preposterous and very disappointing.”

“And Walter, just explain, why would the White House be the intermediary for the art sale?” CNN’s Alisyn Camerota said. “I mean, I think that what Jen Psaki was saying was that they thought that this would be a way to head off any ethical concerns, but you’re shaking your head.”

“Yeah, they’ve absolutely made it worse for two reasons,” Shaub answered. “One, what they’ve done is ensured that neither you nor I, or anyone watching this show will know who buys the art unless they share it publicly. But there’s nothing that we can do to monitor to make sure that Hunter Biden or anyone in the White House doesn’t find out, that the dealer keeps his or her promise that the buyers don’t call the White House, ask for a meeting and say, ‘Hey, I just bought the President’s son’s art for $500,000.’ Now maybe we trust Joe Biden not to give preferential treatment because he’s a better human being than Donald Trump. But you don’t run an ethics program on the idea that you hope everybody behaves. If everybody in the world would behave, we don’t even need laws prohibiting murder then.”

A report from the Washington Post this week revealed that the Biden administration created a deal with the owner of a New York art gallery to sell Hunter Biden’s artwork and keep the identity of the buyers private.

“Under an arrangement negotiated in recent months, a New York gallery owner is planning to set prices for the art and will withhold all records, including potential bidders and final buyers,” The Washington Post reported. “Biden’s art sale, expected to take place this fall, comes with potential challenges. Not only has Biden previously been accused of trading in on his father’s name, but his latest vocation is in a field where works do not have a tangible fixed value and where concerns have arisen about secretive buyers and undisclosed sums.”

In this article:Art, Ethics, Hunter Biden