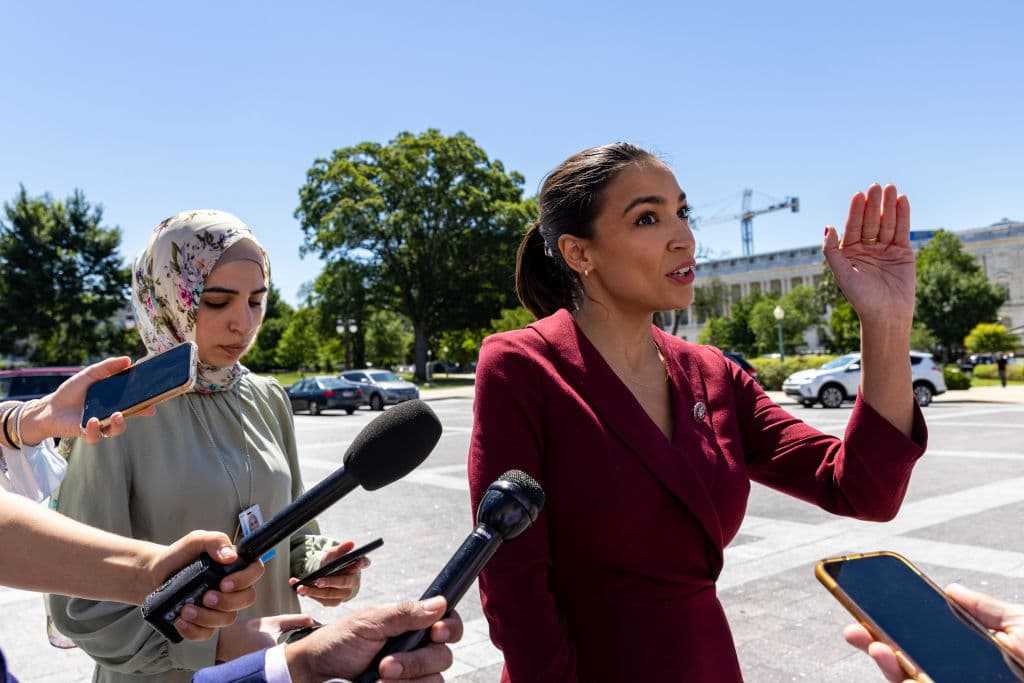 The most progressive leaders in the most liberal cities have been publicly calling to defund the police as crimes continue to rise. Cities have gotten so bad that many Democrats are being forced to rescind their defund commands and even put more money into local law enforcement to combat crime.

Representative Alexandria Ocasio-Cortez (D-NY) however believes it’s all “hysteria.” During a video event, AOC doubled down on her support to defund the police and chastised those who were concerned about increasing crime rates, essentially calling them non-existent.

“We are seeing these headlines about percentage increases” she began. “Now, I want to say that any amount of harm is unacceptable and too much. But I also want to make sure that this hysteria, you know, that doesn’t drive a hysteria and that we look at these numbers in context so that we can make responsible decisions about what to allocate in that context.”

Only a liberal can get away with calling crime “hysteria” and asking that the deaths of innocent people and children on the streets of Chicago, Detroit, Los Angeles, New York, etc. be looked at as “numbers in context.”

Even the New York Times reported, “The F.B.I does not release full statistics until September, but homicide rates in large cities were up more than 30 percent on average last year, and up another 24 percent for the beginning of this year.”

In this article:AOC, Crime, news3