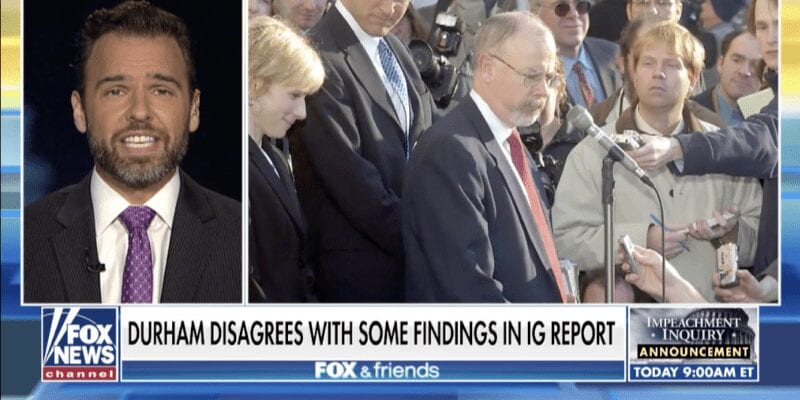 “I think you’re going to see some indictments,” Prior said, and referred to Durham as “non-partisan” and a “serious prosecutor.”

“He’s got the goods on somebody…”

In the hours after John Durham announced he did not “agree” with key findings by Justice Department Inspector General Michael Horowitz, speculation has run rampant over what he has uncovered in his own review into potential surveillance abuses against President Trump’s team.

Durham’s inquiry has had a much larger scope than Horowitz’s, including a focus on foreign actors as well as the CIA, while Horowitz’s concentrated on the Department of Justice and FBI.

Ian Prior said that, unlike Horowitz, Durham is not limited in scope to the existing DOJ or FBI officials. He said the striking statement by Durham Monday means “he’s got the goods on somebody.”

“Durham can subpoena former employees, former DOJ members; Durham can go and look at what the CIA was doing, what the [National Security Council] was doing, what foreign countries were doing. Durham’s scope is so much bigger,” Prior said.