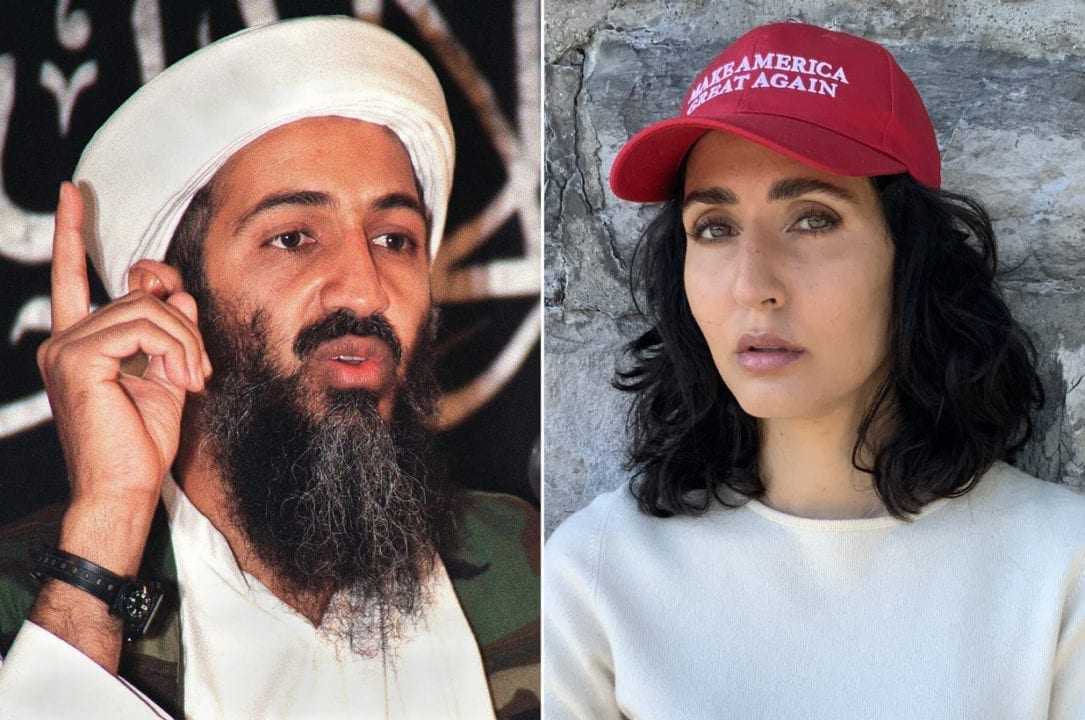 [otw_shortcode_dropcap label=”A” font=”Ultra” background_color_class=”otw-no-background” size=”large” border_color_class=”otw-no-border-color”][/otw_shortcode_dropcap]n incredible and serious statement about the United States presidential election and the wellbeing of its future has been made by none other than the niece of the 9/11 terrorist mastermind Osama bin Laden. In her first-ever interview, Noor bin Ladin discusses the connection between American politics and terrorism with The New York Post.

“ISIS proliferated under the Obama/Biden administration, leading to them coming to Europe. Trump has shown he protects America and us by extension from foreign threats by obliterating terrorists at the root and before they get a chance to strike,” said bin Ladin, whose branch of the family spells their name differently than the infamous uncle bin Laden.

The 33-year-old was born in Switzerland where she currently lives but says she considers herself “an American at heart.” A “full-size US flag hung in her childhood room at age 12 and her dream vacation is an RV trip across America” reports The Post. Noor was only 14 years old when the September 11 terror attacks took place under the guidance of her uncle. “I was so devastated” she recalled. “I had been going to the States with my mom several times a year from the age of 3 onwards. I considered the US my second home.” Noor bin Ladin also feels that the 2020 U.S. presidential election is the most important in a generation.

“I have been a supporter of President Trump since he announced he was running in the early days in 2015. I have watched from afar and I admire this man’s resolve…he must be re-elected…it’s vital for the future of not only America but Western civilization as a whole” she said.

Further explaining the dangerous reality of terrorism in the world, bin Ladin added, “you look at all the terrorist attacks that have happened in Europe over the past 19 years. They have completely shaken us to the core…[Radical Islam] has completely infiltrated our society.” She added, “in the US it’s very worrying that the left has aligned itself completely with the people who share that ideology.”

The swiss beauty also spoke about “The Squad.” “You do have a situation now in America, where you have people like Ilhan Omar who actively hate your country” referencing Omar’s demand for “compassionate” sentences for 13 ISIS recruits in her state of Minnesota. Noor bin Ladin has a bachelor’s degree in business administration from the University of Geneva, a master’s in commercial law from the University of London and has completed a computer coding bootcamp. “My life would have been very different had I been raised in Saudi Arabia. I really grew up with this deep appreciation for freedom and basic individual rights” she said.