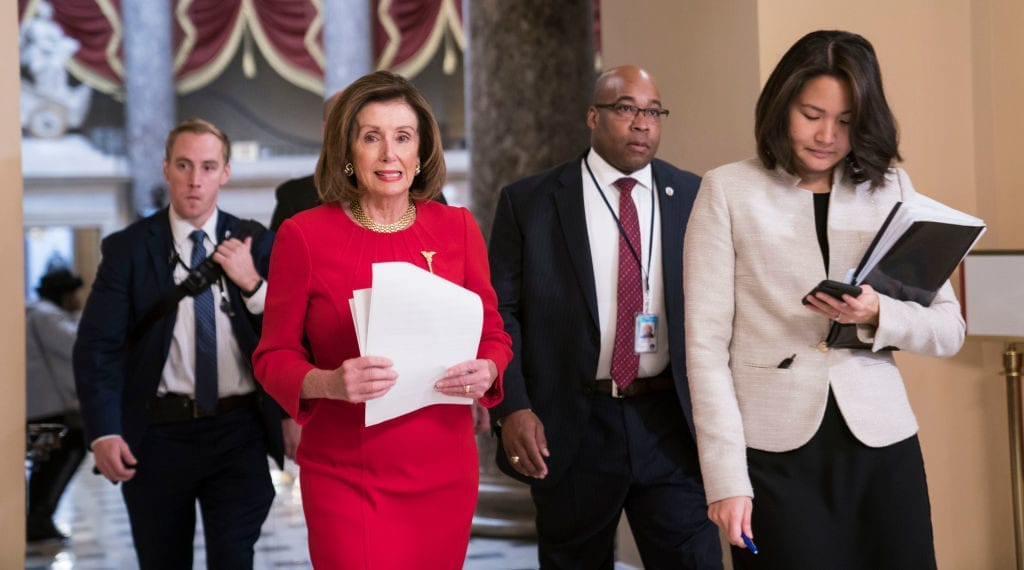 Speaker of the House Nancy Pelosi announced that she plans on taking actions to possibly halt President Trump’s ability to conduct military operations against Iran.

Pelosi and several other Democrats have been critical of the president’s decision to conduct an airstrike in Iraq that killed Qassem Soleimani. Dems claim Trump did not properly notify Congress in advance and warning about the risk of escalation in the region. Trump has also threatened additional action if Iran retaliates for Soleimani’s death.

“This week, the House will introduce and vote on a War Powers Resolution to limit the President’s military actions regarding Iran,” Pelosi wrote in a letter to Democrats. “It reasserts Congress’s long-established oversight responsibilities by mandating that if no further Congressional action is taken, the Administration’s military hostilities with regard to Iran cease within 30 days.”

The first War Powers Resolution was passed in 1973 in an attempt to limit presidents from using the military without congressional approval. Since then, questions of presidential compliance have become common, with controversy coming from President Clinton’s actions in Kosovo and President Obama’s operations in Libya.