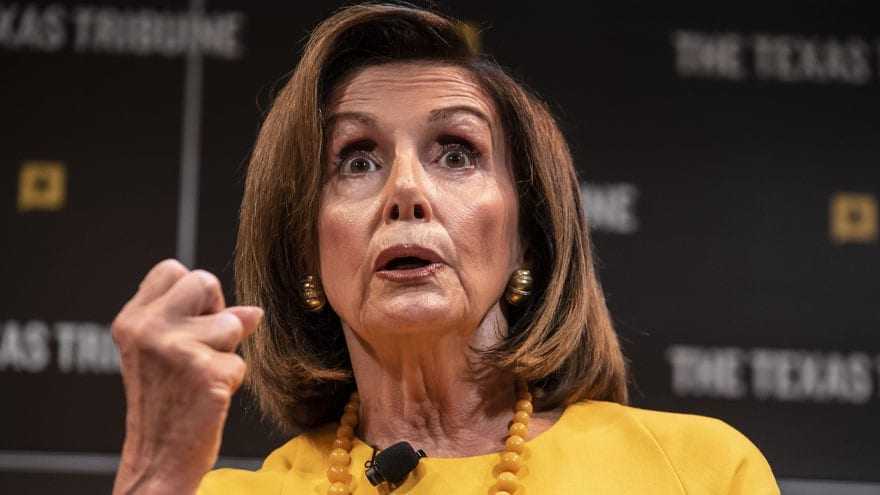 In times like these, when partisan politics should be put aside and replaced with human decency and well-wishes, there are two choices: spread panic and mockery, or remain calm and compassionate.

In an interview with MSNBC Friday, Pelosi (D-Calif.) said she was praying for the commander-in-chief and the first lady, but attacked his attitude toward the pandemic as a “brazen invitation for something like this to happen.”

“This is tragic, it’s very sad, but also something that, again, going into crowds unmasked and all the rest, was sort of a brazen invitation for something like this to happen,” the speaker said.

“It’s sad that it did but nonetheless hopeful that it will be a transition to a saner approach to what this virus is all about,” she said.

The speaker and president have not spoken in almost a year, according to the New York Post, and have a “bitterly acrimonious relationship.”

But, Pelosi has been meeting with Treasury Secretary Steven Mnuchin this week to push another coronavirus aid package.

And while she awaits her own test results, Pelosi’s doctor said it was unlikely she had contracted the disease because Mnuchin tested negative, she said in an interview with CNN, via the New York Post.

“The rest of the country has to know that even with the precautions taken surrounding the president that people are susceptible so that they should ignore the, shall we say, mocking of masks and wear masks,” she said.

“As sad as the diagnosis is that the president and first lady have, maybe it is that pivotal moment to take us to a different place as we fight this vicious virus based on science, not on politics,” she added.

In this article:COVID-19, Nancy Pelosi, news4