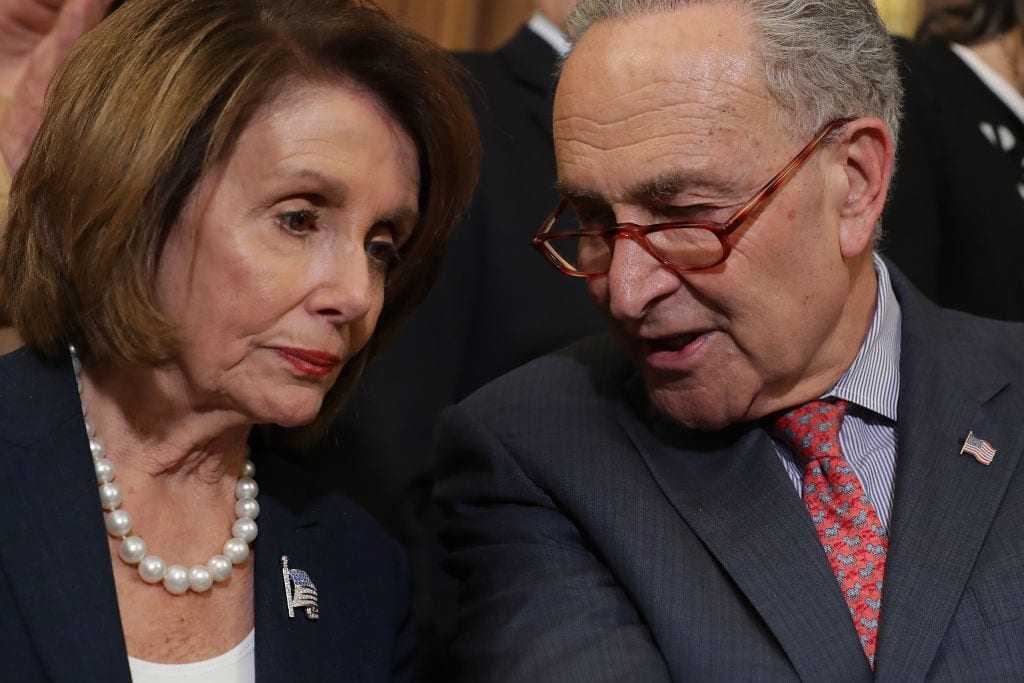 If you listen closely, you can almost hear House Speaker Nancy Pelosi imploring Democrats in the Senate, “Once more, with feeling this time!”
You can hardly blame Senators for their apathy, if not resentment, over “Trump Impeachment Redux.” It is a perfunctory exercise with a pre-ordained outcome of acquittal that was forced on them by a House Speaker consumed with hatred and a Democrat caucus that resembles lemmings marching to the sea.
Treating impeachment like a bag of “minute rice,” Pelosi cooked up the case against former President Donald Trump without bothering to scrutinize the true facts of what happened when rioters invaded the Capitol Building on January 6, 2021. Instead of conducting a comprehensive investigation and then examining all the gathered evidence, the Speaker engineered a rash and reckless vote just days after the attack based solely on the frailty of the emotional moment.
The folly of Pelosi’s precipitous actions is destined to be exposed when the Senate trial begins in earnest on Tuesday. Facts have a funny way of making fools of the foolhardy.

Substantial and compelling evidence has emerged that the attackers planned their assault days and weeks in advance. Much of this evidence collected by the FBI shows that the criminal conduct was not incited by Trump’s speech on January 6th but was the result of a previously coordinated and premeditated plot to invade the Capitol and disrupt Congress as it tallied the electoral votes in the presidential election.
The evidence can be found in documents filed recently in federal court by government prosecutors who have brought charges against scores of suspects. It is supported by a dozen FBI affidavits identifying incriminating material seized from laptop computers, cellular telephones, digital cameras, intercepted audio recordings, social media posts, and other physical evidence.
The genesis of the conspiracy, according to federal authorities, dates back to November of 2020, shortly after the election but well before the Electoral College convened in December to award the presidency to Joe Biden.
Not only was the FBI aware of a potential attack on the U.S. Capitol, but local law enforcement in Washington, D.C. knew that violence was likely to occur.
All of this happened long before Trump delivered his speech to a crowd of supporters on January 6th.
It is obviously impossible for a person to incite a pre-planned event. Hence, the newly disclosed evidence undermines Pelosi’s hastily crafted Article of Impeachment charging Trump with “incitement of insurrection.” Trump’s words did not spontaneously incite the riots.
Had the House Speaker acted responsibly by holding hearings and soliciting evidence before voting to impeach, the nation might have been spared yet another specious Senate trial driven by a rush to judgment. But this is what Pelosi does. Rage replaces reason. In a feverish race to blame Trump, she never hesitates to violate established House rules designed to ensure fairness and due process.
We’ve seen this tired movie before. More than a year ago, Pelosi launched the first impeachment inquiry improperly —without approval from the full House. She sanctioned secret hearings in a basement bunker of the Capitol and then blitzed impeachment through the House with record speed. Trump’s easy acquittal in the Senate was a humiliating defeat for the House Speaker and an extravagant waste of time.
But Pelosi is so consumed by her hatred for Trump that she can’t seem to get out of her own way. Her determination to impeach him all over again is constitutionally anemic since Trump is no longer president. More importantly, his speech on the national mall does not come close to meeting the definition of incitement. He urged supporters to protest “peacefully.” At no time did he direct or advocate violence or destruction of property. His words constitute political speech protected by the First Amendment.
All of this will be argued when the impeachment trial commences on Tuesday. There is little appetite for a lengthy proceeding. Like a required root canal, Senators want to get it over quickly —with as little pain as possible. So, they will go through the motions of feigning interest, knowing full well that reaching the 67-vote threshold for conviction is about as likely as winning the Powerball Jackpot.
Pelosi, no doubt, will be standing in the wings urging Senators to endorse another of her fatuous and frivolous impeachments.
“Once more, with feeling this time!”