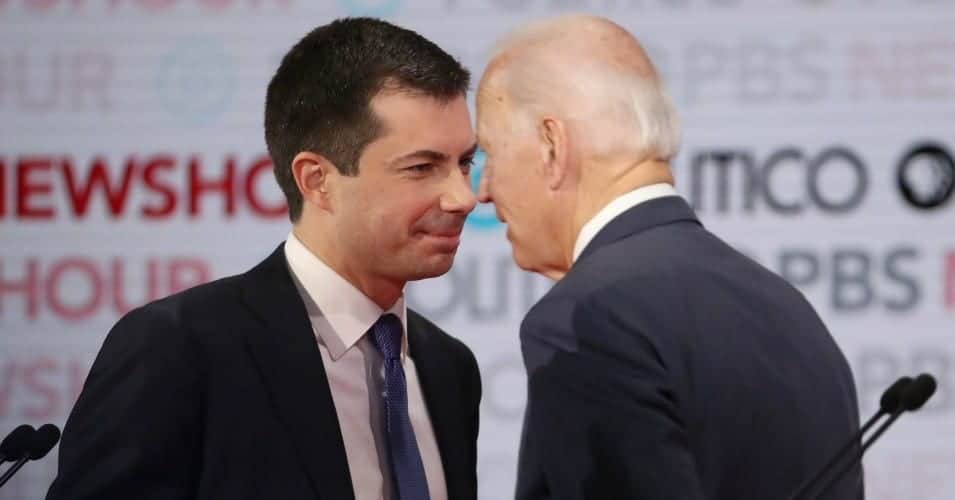 Mayor Pete might be in the running for biggest gaffe of the week after a bit of an audible outburst at a New Hampshire Town Hall.  Watch the video below:

Also in contention for the gaffe prize is former VP Joe Biden who accused a voter of lying about having participated in a Caucus and called her a “dog-faced pony soldier.” (At least he did not smell her head or have her rub down his hair legs).

Senator Sanders and Senator Warren are campaigning as though they are on a rock band tour, screaming into the microphones when no one is cheering, making it intolerable to watch or attend any of their events. Yet, Mayor Buttigieg is outdoing all of them by burping into a live microphone as he was at a campaign event.

It appears that Vice President Biden did not call the voter a “dog-faced pony soldier” disparagingly, but many people are confused as to what it even means. At other campaign events, Vice President Biden stated that he is losing track of time, and also what gauge shotgun he personally owns.

With the debate performance of the Democratic hopefuls even making some liberal pundits state that President Trump is likely to win re-election, these continued gaffes by the top four Democratic candidates only add to the likelihood of another term for President Trump.