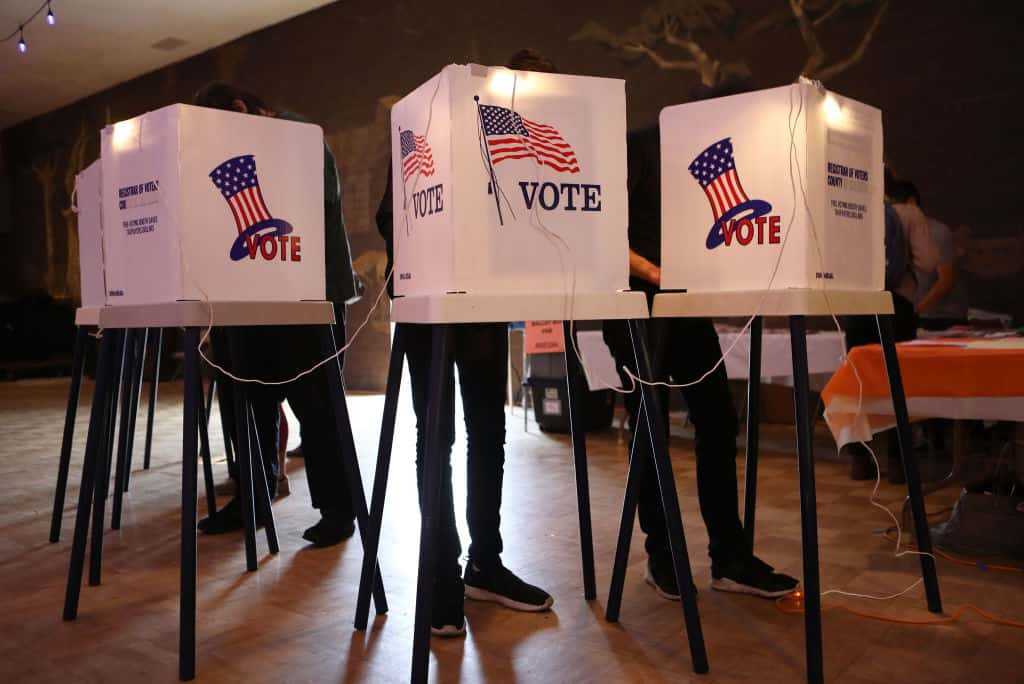 [otw_shortcode_dropcap label=”C” font=”Ultra” background_color_class=”otw-no-background” size=”large” border_color_class=”otw-no-border-color”][/otw_shortcode_dropcap]OVID is running rampant throughout the world, but here in the United States we still face an election year. As Democratic presidential candidates have been dropping out of the race the past few months, and those still in the game forced to cancel campaign events, states tread water searching for next moves. Just before stay at home measures went into place, state primaries put former Vice President Joe Biden at the top of the Democratic pack.
Next week is Wisconsin’s presidential primary, and Senator Bernie Sanders wants it postponed. Wisconsin Governor Tony Evers may have his own plans. The Democratic Governor earlier today “told a federal judge in a filing that he will use members of the Wisconsin Army National Guard to help as poll workers” reports The Associated Press. Wisconsin local election clerks say coronavirus has caused poll workers to quit “in droves.”
Over a hundred municipalities have reported they don’t have enough people “to staff even one polling site” for Tuesday’s election which includes a state Supreme Court race and hundreds of local races in addition to the presidential shakedown. Guard spokesman said in an email to The Associated Press that “commanders were working closely with election officials to decide how many soldiers will be needed and how to train them” and that the “soldiers will be from the same county as the site they work, in line with a state residency law for poll workers.”
Requests for absentee ballots have been “breaking records daily” but Dane County Clerk Scott McDonnell said Guard help “should enable him to keep polling sites open and that he hopes they can help count absentee ballots.” Still the battle over whether to keep the primary date as scheduled continues.
Bernie Sanders released a statement today saying, “people should not be forced to put their lives on the line to vote.” Sanders is in the same company as The Democratic National Committee, the state Democratic Party and other “liberal-leaning groups argued in lawsuits filed last month that in-person voting should be postponed” until after the Wisconsin stay-at-home order expires on April 24.
On the flip side, Democratic Governor Evers and Republican leaders want to keep the Tuesday vote; Evers fears “postponement could leave countless local offices vacant” according to the Associated Press. Don’t let the kumbaya fool you, however, as partisan disagreement over whether to relax photo ID requirements to assist in absentee voting should occur.