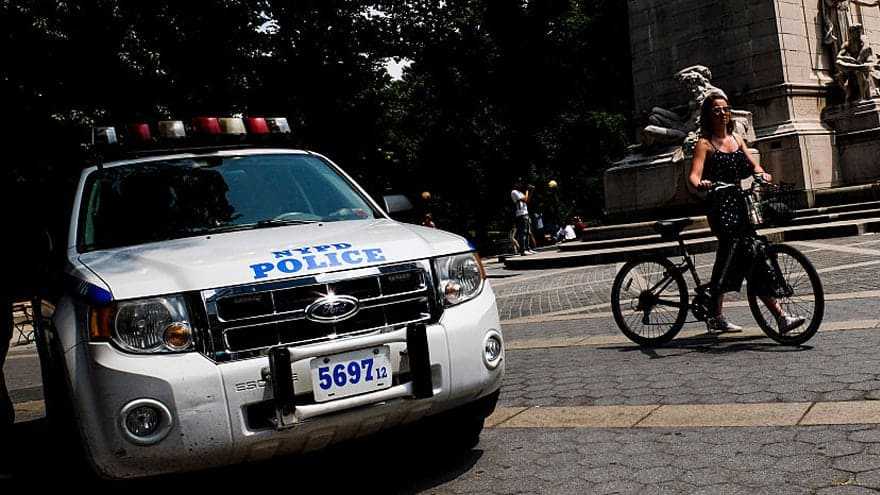 NEW YORK, NY - JULY 8: New York Police Department (NYPD) officers patrol in Central Park on July 8, 2016 in New York City. THe NYPD increased their presence around the city following the shooting deaths of five Dallas police officers during a Black Lives Matters demonstration on July 7. New York saw its own demonstrations where dozens of people were arrested while protesting a pair of fatal police shootings of black men. (Photo by Kena Betancur/Getty Images)

[otw_shortcode_dropcap label=”I” font=”Ultra” background_color_class=”otw-no-background” size=”large” border_color_class=”otw-no-border-color”][/otw_shortcode_dropcap]n an ABC/Washington Post poll released today, data shows a majority of Americans (63%) support Black Lives Matter, and 69 percent say minorities and Black Americans are not treated equally in the criminal justice system. That number is up an entire 18 points since 2014.

However, “only 40 percent support cutting funding to police in order to spend more on social services, while 55 percent oppose such a move,” reports Fox News of the poll. The largest disparity is shown between political parties. Democrats show more support to cut funding by police at a whopping 59 percent. Conversely, only 14 percent of Republicans support the idea and amongst independents, 42 percent show support.

“Meanwhile, 63 percent oppose paying reparations to Black people whose ancestors were enslaved. Only 31 percent support it.” The poll demonstrates the psychology of the American people with regard to race relations in the United States, stemming from recent killings of innocent Black people, most notably George Floyd who was killed by a white police officer.

With the largest campaign in full swing for the Presidency, the most powerful position in the United States, former Vice President Joe Biden, and President Trump is addressing this issue. Trump strongly rejects the notion of defunding the police, “while presumptive Democratic nominee Joe Biden has not embraced calls to defund the police – although in a recent interview he said that some funding should ‘absolutely’ be redirected from the police.

The poll also addressed the argument that historic statues and monuments, particularly those representing or memorializing Confederate generals, should be removed. The ABC/Washington Post found a fascinating conclusion that 52 percent oppose removing statues honoring Confederate generals and only 43 support it. The numbers may be shocking considering the violent removal and destruction of property all over the country. In summation, the poll’s “numbers suggest that Americans are increasingly seeing racism and discrimination as a problem, but do not back drastic reforms promoted by left-wing groups” reports Fox News.