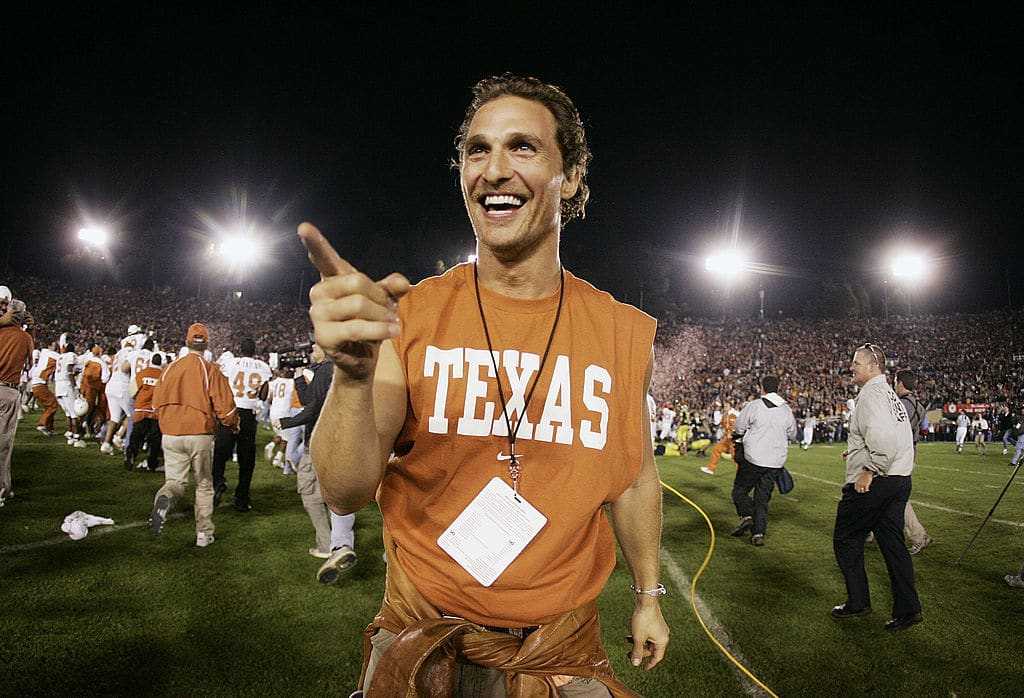 “Aright, Aright, Aright,” actor Matthew McConaughey must be saying after seeing the recent polls. If the award-winning actor has political ambitions, which he has stated he might entertain, it looks like the reality is not too far off. According to a poll released Sunday by the Dallas Morning News in conjunction with the University of Texas at Tyler, McConaughey has more support than incumbent Governor Greg Abbott.

The poll was conducted April 6-13 and surveyed 1,126 registered voters with a sampling error of plus or minus 2.92 percentage points. When it came to party lines, 56% of Republican voters said they’d vote for Abbott, compared with only 30% who would vote for McConaughey.

As for Democrats, 66% said they would vote for McConaughey, and independents were 44% for the actor. However, 51% of Democratic primary voters said they would want a mor4 progressive candidate for governor than the 25% who wanted a centrist.

The Morning Star reports McConaughey has criticized both Democrats and Republicans, suggesting he is a more moderate candidate. The celebrity factor is of interest for McConaughey potential voters. 18% of GOP primary voters want someone more like former President Donald Trump, and some Trump supporters have warmed to celebrities.

One conservative independent voter said McConaughey’s appeal for them is similar to Trump’s: a political outsider with the message that the political system is corrupt, ineffective and in need of reforms. Still, pollsters note that Governor Abbott has “held together with a traditional coalition of Texas Republicans and independents who continue to support him” and could be tough for any outsider to topple.

In this article:Matthew McConaughey, news4, Texas