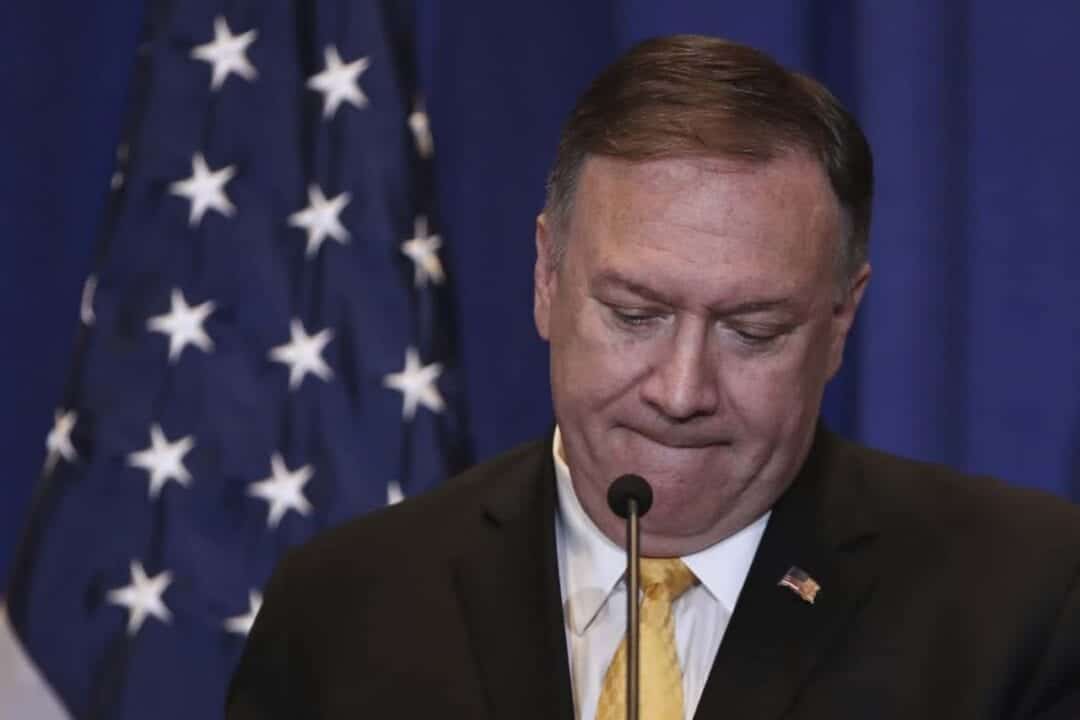 [otw_shortcode_dropcap label=”T” font=”Ultra” background_color_class=”otw-no-background” size=”large” border_color_class=”otw-no-border-color”][/otw_shortcode_dropcap]he saying “the best defense is a good offense” certainly applies to Secretary of State Mike Pompeo this week. After President Trump fired State Department Inspector General Steve Linick last Friday, the mainstream media and Democrats have excoriated the President. The best attack they could spit out was that Trump did it for Pompeo; and Pompeo not only did not shy away from the accusation, but he also doubled down on it.

I mean, it’s all just crazy, it’s all crazy stuff.

“I recommended to the President that Steve Linick be terminated” said Pompeo in yesterday’s press conference. “Frankly, should’ve done it some time ago” he added. Linick was appointed under President Obama in 2013, and in proper protocol, Trump sent a letter to Speaker Pelosi. The letter said “it is vital that I have the fullest confidence in the appointees serving as Inspectors General. That is no longer the case with regard to this Inspector General.”

Pompeo stated Linick had been “undermining” the department’s mission:

I went to the president and made clear to him that Inspector General Linick wasn’t performing a function in a way that we had tried to get him to, that was additive for the State Department, very consistent with what the statute says he’s supposed to be doing…The kinds of activities he’s supposed to undertake to make us better, to improve us.

Rumors went rampant due to House Foreign Affairs Committee Chairman Rep. Eliot Engel (D-NY) who claimed Linick was fired because he was “wrapping up a report on whether Trump illegally used an emergency declaration to sell billions of dollars of weapons to Saudi Arabia” reported BizPacReview.

Pompeo emphasized Linick’s firing was in no way a retaliatory move and said of the story “I mean, it’s all just crazy, it’s all crazy stuff.” As for an investigation that the inspector general’s office was engaged in, it is “patently false. I have no sense of what investigations were taking place inside the inspector general’s office and couldn’t possibly have retaliated for all the things.”

A reporter asked Pompeo about the justification for Linick’s firing to which his response was priceless; “Unlike others, I don’t talk about personnel matters. I don’t leak to y’all.” As for what needed to be done, “we’ll share with the appropriate people the rationale” said Pompeo.