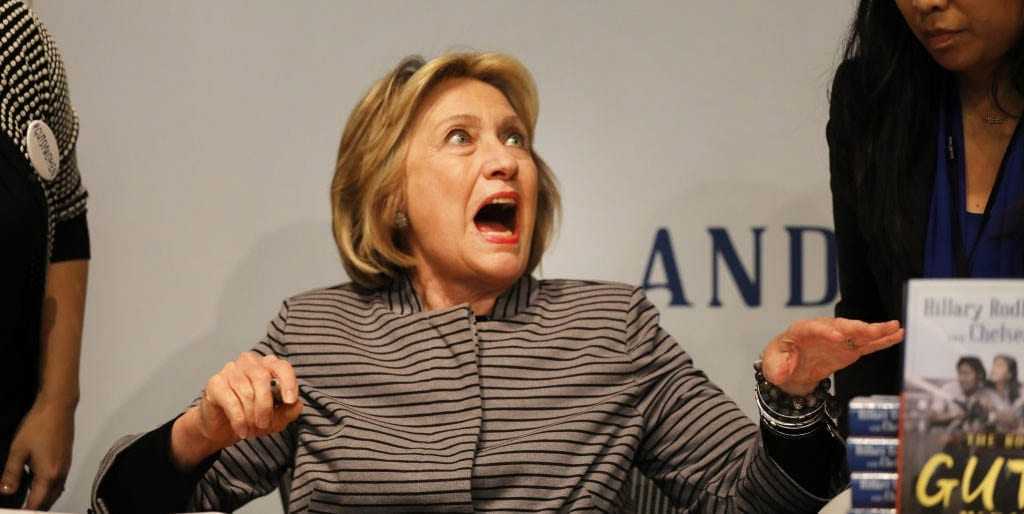 It’s raining emails; Clinton emails! Secretary of State Mike Pompeo said Friday, “We’ve got the emails, we’re getting them out.” The State Department continues to work on the release of Clinton’s emails from a private server. The Daily Caller reports the additional emails could be published before the November elections.

“We’ll get all of this information out so the American people can see them,” Pompeo said in a Fox News interview. Over 30,000 of Clinton’s emails that she turned over to the agency have already been published. “Clinton said she deleted a similar number of emails from her server because they were unrelated to government business” reported Daily Caller.

However, “hundreds of the emails stored on Clinton’s server contained classified information, some of it at the highest classification level” which may be the reason more emails are about to be released. “Many of the classified emails involved correspondence with her closest aides, including Jake Sullivan, Human Abedin and Cheryl Mills” notes DCNF.

Pompeo did not give specifics on the content of the emails, but said of the release, “we’ll do it as far as we can. I think there will be more to see before the election.” When the issue arose during the 2016 elections, the FBI investigation ultimately closed the case without pursuing criminal charges, although it was determined Clinton was reckless with her personal email use.

Earlier this week, released documents revealed Clinton herself initiated a “plan” to tie presidential candidate Trump’s campaign to Russia’s alleged meddling in the 2016 elections. Furthermore, although the documents are highly redacted, the timing of the memos show Clinton was trying to distract the public and intelligence agencies from her email service scandal.

Also unearthed this week were handwritten notes by John Brennen which suggest even then-President Obama was briefed on the plan to claim there was collusion between Russia and the Trump campaign.