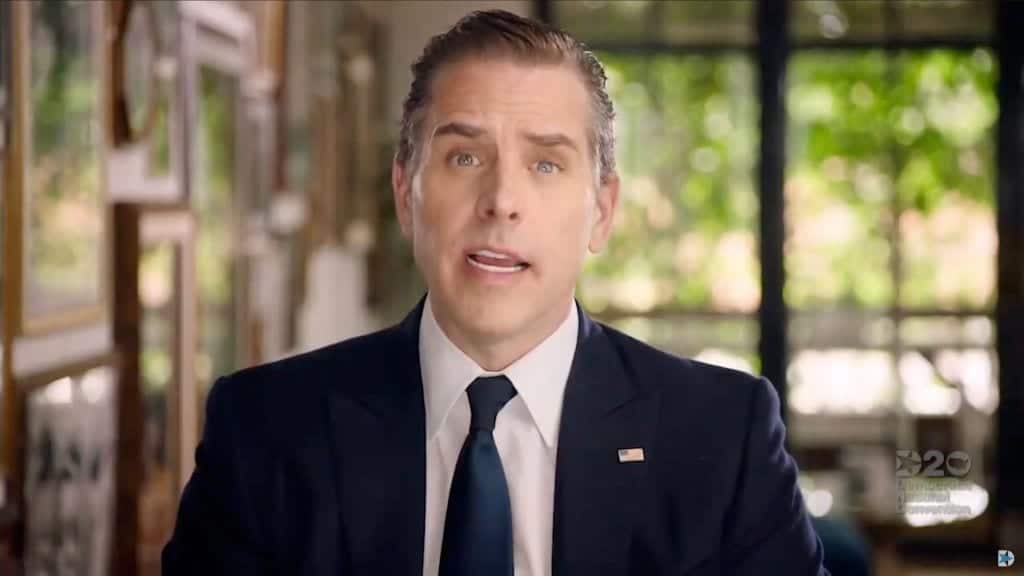 Just when we thought the Biden family business couldn’t get more suspicious, it does.

Confidential documents relating to Hunter Biden and the Biden family scheme vanished from mail circulation while on their way to Fox News host Tucker Carlson.

During his Wednesday night show, Carlson said that he had asked a producer to ship documents – which were related to Democratic presidential nominee Joe Biden and his family’s foreign business dealings – to him in Los Angeles, where he was preparing to interview former Biden business partner Tony Bobulinski.

But, when the package arrived in Los Angeles, it had been opened and its contents were missing.

During the Tuesday night exclusive interview, the former Biden partner claimed that Joe Biden had direct knowledge of his son Hunter’s involvement in international business deals, despite the Democratic nominee constantly saying otherwise.

Carlson teased that the documents his source provided may shed more light on the situation, but said during Wednesday’s show that they never arrived in Los Angeles, according to the Daily Caller.

The host explained that a source had come forward Monday with confidential documents that were both “authentic” and “damning.” But, upon their arrival to New York City, Carlson was already in California for the interview with Bobulinski.

“So we texted a producer in New York and asked him to send those documents to us in LA, and he did that. So Monday afternoon of this week, h e shipped the documents overnight to California with a large national carrier, a brand-name company that we’ve used, you’ve used countless times with never a single problem,” Carlson said. “But the Biden documents never arrived in Los Angeles.”

The shipping company said that, upon arrival, the package had been opened and the contents were nowhere to be found.

“Now, to its credit, the company took this very seriously and immediately began a search. They traced the envelope from the moment our producers dropped it off in Manhattan on Monday all the way to 3:44 a.m. yesterday morning – that’s when an employee at a sorting facility in another state noticed that our package was open and empty. Apparently it had been opened,” Carlson continued.

He went on to say that the company had done an internal investigation, interviewing all employees who had come into contact with the package and searching every place the package had been – the plane, the trucks that carried it to the sorting facility and the New York office where the package had originally been dropped off.

“They went far and beyond, but they found nothing. Those documents have vanished. As of tonight, the company has no idea – and no working theory even – about what happened to this trove of materials, documents that are directly relevant to the presidential campaign just six days from now,” Carlson said. “We spoke to executives at that company a few hours ago. They seemed baffled and deeply bothered by this. And so are we.”

With the election just 5 days away, the disappearing mail is no coincidence, and too many questions remain.

Is this another media-wide Biden protection scheme?

Who took the documents? Were they an internal source working with the Biden campaign? If not, how did they know what was inside the package?

Were copies of these condemning documents made before they were shipped?

Perhaps the most important question of all, if Biden had absolutely no involvement in his son’s foreign escapades – meaning there would be absolutely zero incriminating evidence against him – why were the documents stolen in the first place?