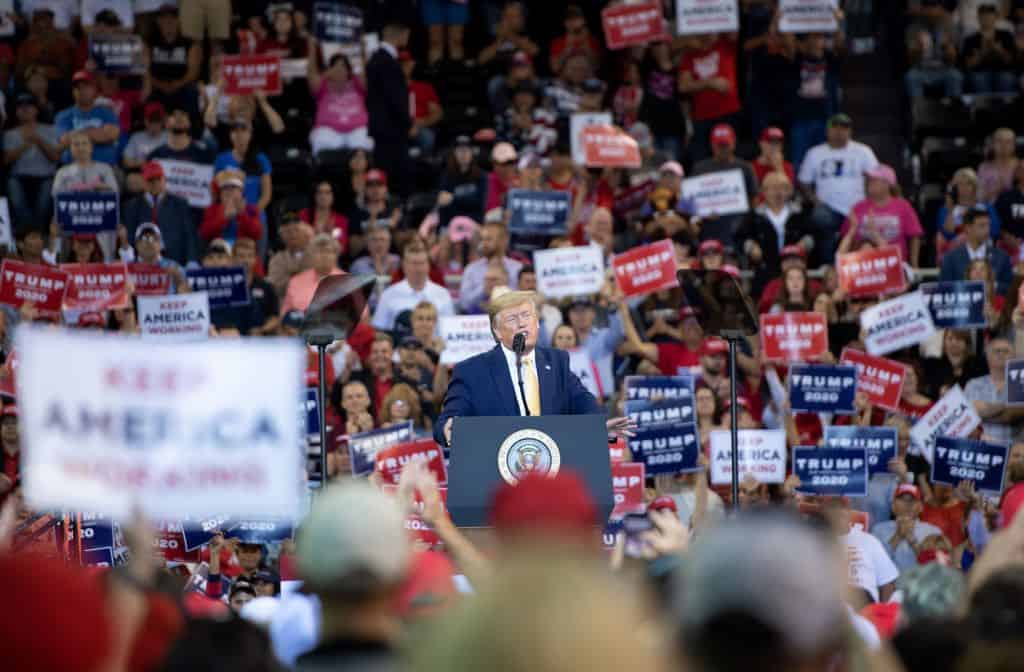 On Friday, President Trump was campaigning in Lake Charles, Louisiana. During his speech, he attacked the Democrats for their unjust pursuit of impeachment, and he gave a shout out to Gregg’s new book Witch Hunt: The Story of the Greatest Mass Delusion in American Political History.


“We’ve been living through this so-called insurance policy because they know we are putting a stop to their pillaging and plundering and hoaxes. [cheering] The radical Democrats’ policies are crazy. The politicians are corrupt. Their candidates are terrible. They know they can’t win an election, so they are pursuing an illegal, invalid, and unconstitutional bullshit impeachment. [cheering] [chanting] They are scammers and con artists; perpetrating hoaxes and witch hunts. A man like Gregg Jarrett, a great guy. He wrote a book and the book tells you the whole story. Bestseller book. Gregg Jarrett, great guy.”

In Gregg’s new book he shows how the media, the deep state, and Democrats abused their power and broke laws in an attempt to take down President Trump.  Get your copy here!