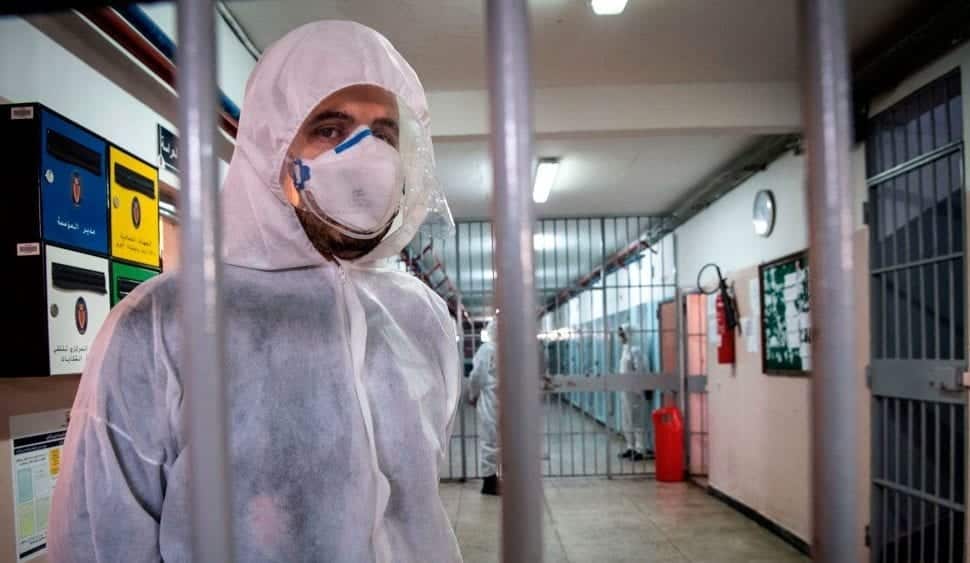 [otw_shortcode_dropcap label=”L” font=”Ultra” background_color_class=”otw-no-background” size=”large” border_color_class=”otw-no-border-color”][/otw_shortcode_dropcap]ast week, Los Angeles County Sheriff Alex Villanueva released a video of inmates deliberately trying to get infected with COVID-19 with the hopes of getting released from prison early. “Multiple men were seen sipping from a single bottle of hot water for two reasons: To falsely elevate their oral temperature moments before having their temperature taken by a nurse, and to spread the potential of infection” according to the LA County Sheriff’s Department press release.

The press release also stated the behavior was due to a “gross misunderstanding among the inmate population” who then “led many to believe that those diagnosed with COVID-19 may be released, which is untrue.” However, blaming inmates for the “gross misunderstanding” could just be the copout for bad leadership.

California’s Democratic Governor Gavin Newsom “ordered the release of high-risk sex offenders from Orange County prisons during California’s stay-at-home orders, causing the sheriff to issue a warning to the community and affirm that the releases weren’t necessary” reported the Daily Caller.

“The seven released inmates have been convicted of various sexual and violent crimes, including sexual battery, assault with a deadly weapon, child molestation, indecent exposure, parole violations and entering school grounds as a sex offender” according to the DC.

By the end of April, at least 50 of New York City’s 1,500 inmates released early due to COVID had already been re-arrested according to the New York Post. Multiple reports from California and Texas provide examples of inmates committing crimes within days of their release, and one man in Oakland, California was arrested for going on a crime spree a mere 37 minutes after he was released.

Houston magistrate Jennifer Gaut released a 31-year-old with a history of violent crimes who beat up his girlfriend and her grandmother two weeks after he was released. Gaut cited coronavirus as her justification to release the inmate who was only required to put up $50.

In the latest example of citizens suffering at the behest of a Democrat’s decision over coronavirus is Colorado Governor Jared Polis. Due to an executive order signed by Polis, Cornelius Haney was released from prison early. Haney was released on April 15th and was arrested one month later, May 15th for murdering a 21-year-old woman in Denver.