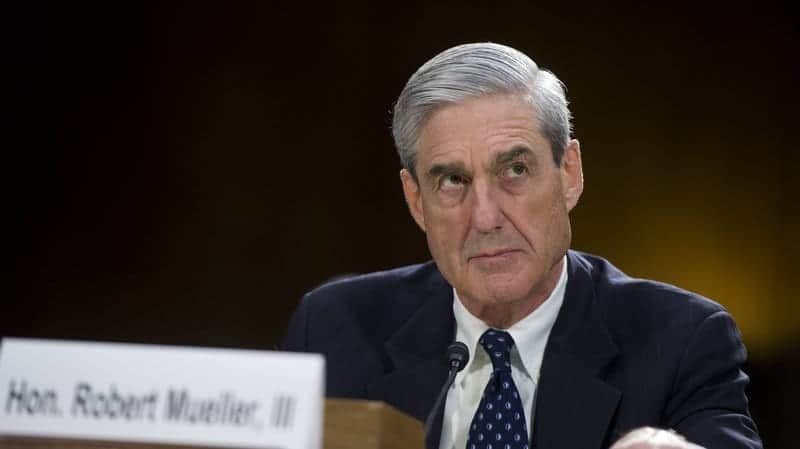 The former special counsel’s latest humiliation comes as the Justice Department moved on Monday to drop all charges against two Russian companies that Mueller accused of meddling in the 2016 presidential election.  You can almost hear him muttering (or stammering as he did during his feeble and embarrassing congressional testimony), “oops… my bad.”  Maybe he’d say that the dismissal is, “beyond my purview.”

Rod Rosenstein, the former deputy attorney general, also deserves some mud hurled in his direction.  Who can forget his cocky news conference on February 16, 2018 when Rosenstein announced the indictments alleging that Concord Management and Consulting LLC and Concord Catering funded “troll farms” that peddled political disinformation during the campaign.

Rachel Maddow on MSNBC nearly wept with joy on air, even though the charges made no mention of any connection to, or conspiracy with, President Trump and his campaign.  She could fudge that incidental detail… and did.

To some lawyers, the case seemed fishy from the outset.  All of the named individual defendants –more than a dozen Russians– were beyond U.S. jurisdiction.  There would be nothing but empty chairs in the courtroom and no one to challenge the purported evidence.  No real trial would ever occur.  It was a guaranteed victory by forfeit.  Or so Mueller and Rosenstein assumed.

But a funny thing happened on the way to securing their convictions “in absentia.”  Concord hired a team of skilled American lawyers who demanded to examine the actual evidence.  Prosecutors balked and stalled.  A two-year legal battle ensued.  Now, a mere two weeks before jury selection is set to begin, the DOJ has thrown in the towel by asking the judge to dismiss the case.

Prosecutors claim that the allegedly incriminating proof sought by the defense lawyers is simply too sensitive to reveal.  That is, coughing up evidence so that Concord could properly defend itself “unreasonably risks the national security interests of the United States.”

Ah, yes… the old “national security” routine.  The government loves to pull that one out of its bag of tricks when forced to produce hard evidence.  Thus, the decision to torpedo their own case as the trial is nigh would seem to support the argument by one defense attorney who called the case a “made up” crime.  Maybe the evidence was made up, too.  We’ll likely never know.

In court documents announcing their surrender, prosecutors offered another inane excuse: none of the Russians involved in the “troll farm” would ever be punished anyway because… well… they live in Russia.  Huh?  Wasn’t that true when Mueller and Rosenstein brought their quixotic case two years ago?

Mueller and his team of partisans wasted 22 months and squandered more than $30 million dollars on an investigation of Russian “collusion” that never existed.  They knew it the moment the probe began.  It was all based largely on a fabricated anti-Trump “dossier” that the FBI had previously debunked (and concealed from the public) the very month Trump was sworn into office in January of 2017.  The FBI’s investigation should have ended right then and there.

As explained in my book, Witch Hunt, there was never a factual or legal basis for Rosenstein to appoint Mueller as special counsel because the FBI had gathered no credible evidence that Trump or his campaign collaborated with Russia to win the presidency.  “Collusion” constituted the greatest mass delusion in American political history.

What did Mueller manage to accomplish?  A few people were convicted of minor “process crimes” or more serious financial crimes.  Yet, none of them involved a criminal “collusion” conspiracy with Russia.  And now the case against Russians themselves is poised to be tossed in a dumpster.