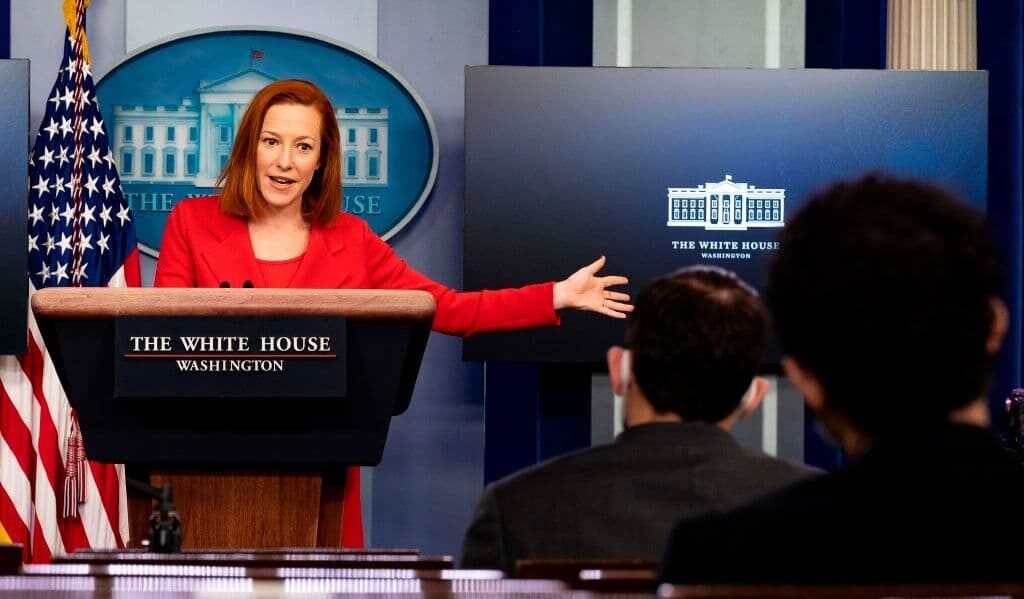 “Vice President Kamala Harris was one of the most vocal critics of justice Brett Kavanaugh, of Senator Al Franken, when they faced similar allegations. She said repeatedly, ‘I believe them, the women,’ but she hasn’t said anything about the three women who are accusing Governor Andrew Cuomo,” Fox News reporter Kristen Fisher said. “And now this third accuser in Anna Ruch, she actually worked for the Biden-Harris campaign. So at what point is the first female vice president going to say something about this?”

“Well, I know that’s how the vice president continues to feel and the benefit of doing a briefing every day is that I can certainly speak on behalf of the president and the vice president,” Psaki responded. “And so let me reiterate that they both believe that every woman coming forward should be heard, should be treated with dignity, and treated with respect. As you all know, the New York Attorney General will oversee an independent investigation with subpoena power and the governor’s office said he will fully cooperate and we certainly support that moving forward.”

“Well, again, I’m speaking on their behalf,” Psaki said. “That’s how they feel. They personally both view this as a situation where both, all of the women coming forward, should be treated with dignity and respect and should have their voices heard. And that’s the representation of their points.”

Cuomo is currently facing an investigation from New York Attorney General Letitia James after three women, two of which are his former aides, accused the governor of sexual harassment.

“This is not a responsibility we take lightly as allegations of sexual harassment should always be taken seriously,” James said in a statement. James explained that she plans to “hire a law firm, deputize them as attorneys of our office and oversee a rigorous and independent investigation” into the allegations.

In this article:Cuomo, Harris, news3, Psaki