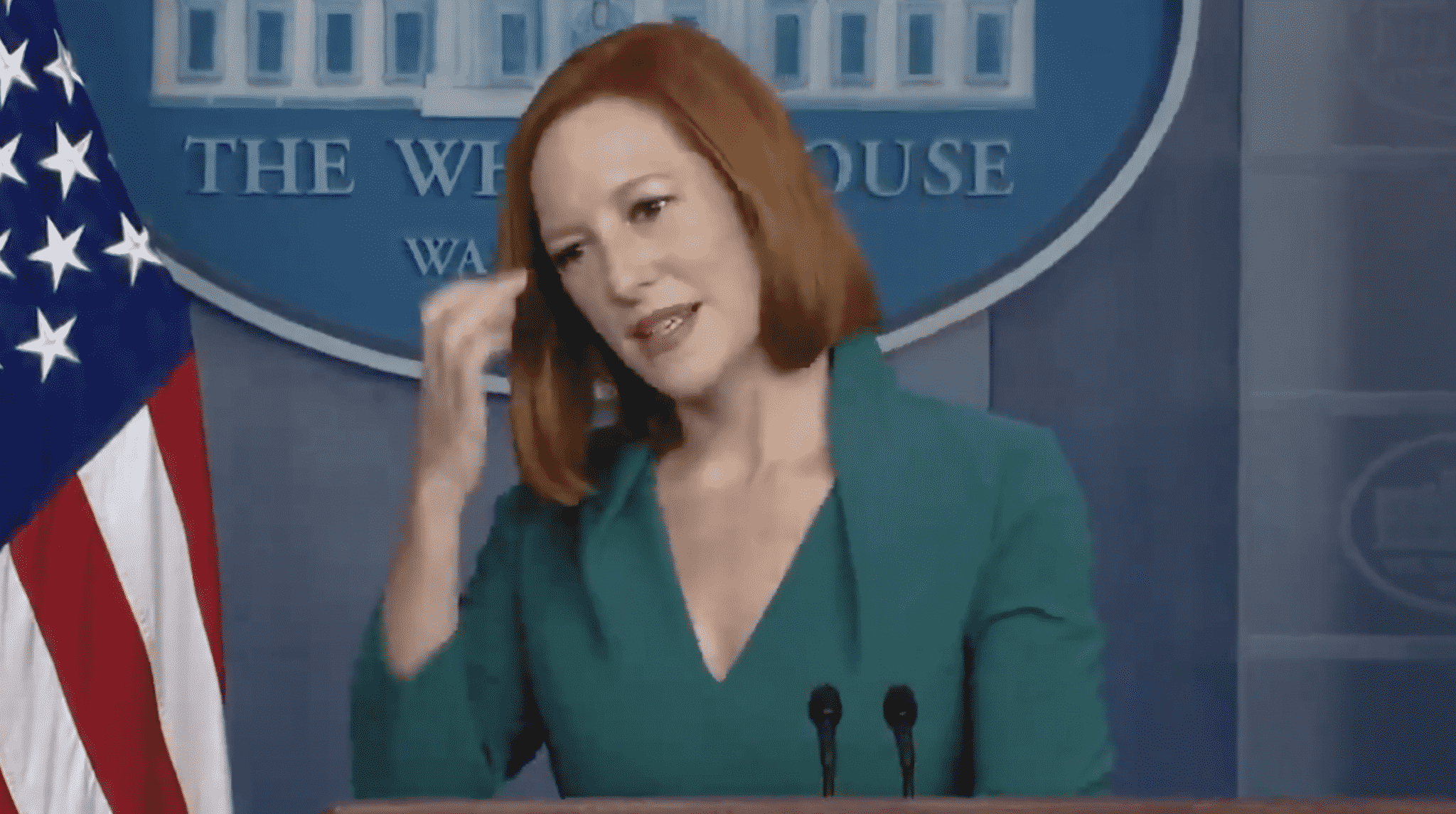 During an interview with CNN’s Jake Tapper on Friday, White House Press Secretary Jen Psaki attempted to defend rising prices by saying that the prices were rising because “more people are buying goods.”

“A year ago, people were in their homes, 10 percent of people were unemployed. Gas prices were low because nobody was driving. People weren’t buying goods because they didn’t have jobs,” Psaki said. “Now, more people have jobs, more people are buying goods, that’s increasing the demand. That’s a good thing.”
Psaki then admitted that the Biden administration’s supply chain crisis was also a cause of the rising prices.

“At the same time, we also know that the supply is low because we’re coming out of the pandemic and because a bunch of manufacturing sectors across the world have shut down, because ports haven’t been functioning as they should be,” Psaki said. “These are all things we’re working through.”

Inflation continues to be at record levels, a crisis that began in March 2021 after Biden’s American Rescue Plan was passed.

“U.S. inflation accelerated last month and remained at its highest rate in over a decade, with price increases from pandemic-related labor and materials shortages rippling through the economy,” the Wall Street Journal reported. “With shipments so delayed, suppliers have begun raising prices on orders that had already been negotiated.”

“Many companies are already planning to pass on higher labor and materials costs to consumers,” the Wall Street Journal added. “In September, some 46% of small businesses said they planned to raise prices in the next three months, on net, according to the National Federation of Independent Business, a trade association, the most since monthly records began in 1986.”