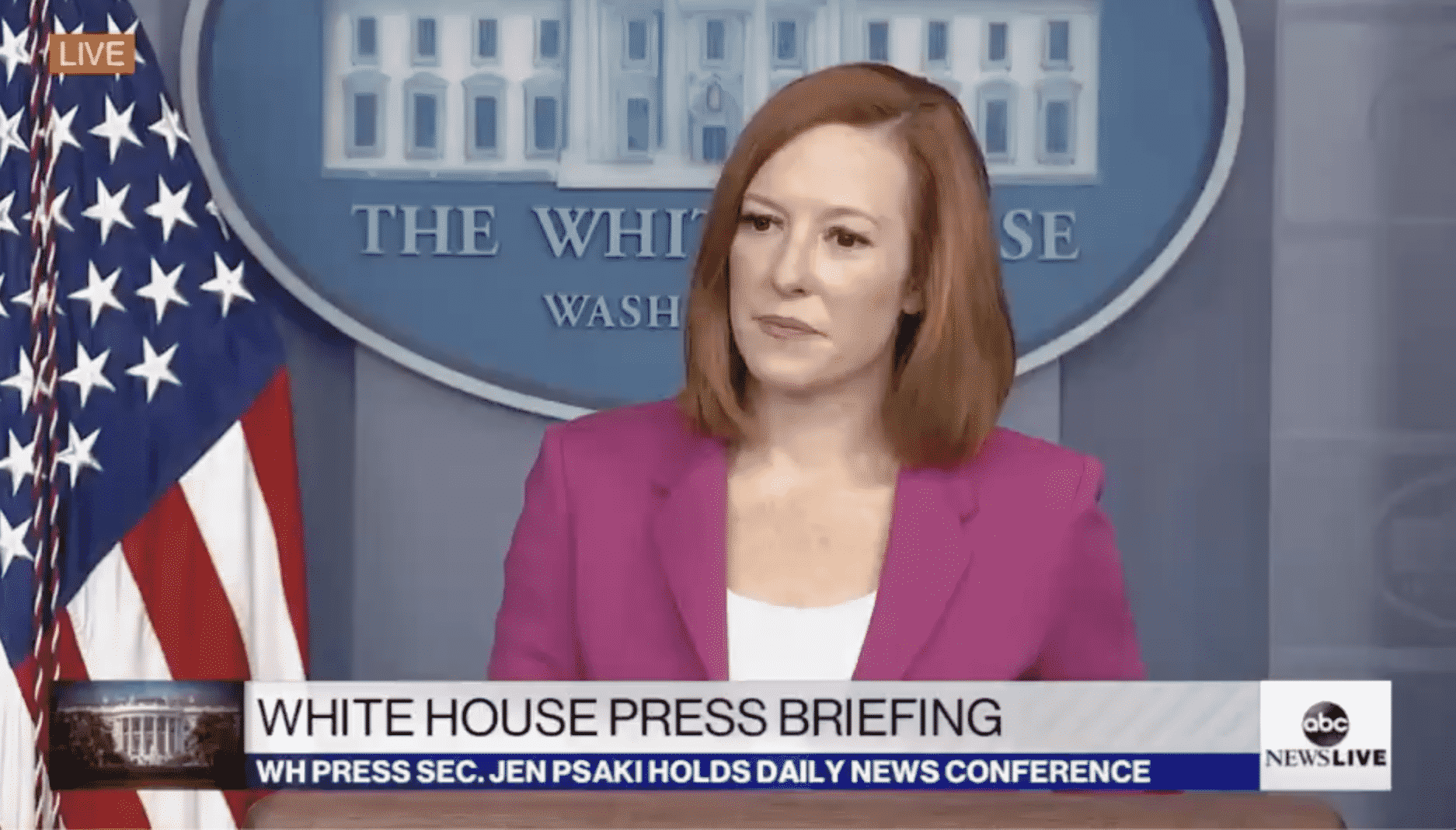 During Wednesday’s press conference, White House Press Secretary Jen Psaki was asked by CBS News Radio reporter Steven Portnoy about the Biden administration’s eviction moratorium issued on Tuesday, despite a June Supreme Court ruling that “clear and specific congressional authorization (via new legislation) would be necessary for the CDC to extend the moratorium past July 31.”

“The President’s a lawyer, he spent 36 years in the Senate, was chairman of the Senate Judiciary Committee, spent eight years as vice president, half a year as president. He speaks often about democracy versus autocracy. He’s issuing or overseeing this order from the CDC, in the face of doubts about its constitutionality, which he seemed to echo yesterday,” Portnoy said. “There’s no inconsistency here? The president is, there are many people out there who say that the President is essentially not giving voice to the ethic that he campaigned on. He didn’t call Congress back, he asked Congress to act, it didn’t. How do you square all that?”

“What’s important to note here is that the President would not have moved forward with a step where he didn’t feel comfortable and confident in the legal justification. It is also a reality that there are legal steps that have been taken by the Supreme Court in the last few months. And we’ve spoken to that publicly. We’re not going to hide from that,” she claimed. “But he asked the CDC and his legal experts to look at what is possible. This is a narrow, targeted moratorium that is different from the national moratorium. It’s not an extension of that, it’s a different moratorium from a policy and legal standpoint. So he felt comfortable in the justification and the legal approach to this effort.”

“What’s the White House’s message then to Americans who heard what happened yesterday, heard what was said at this podium on Monday, can’t square the two, and are now disappointed that the president is signaling that he doesn’t respect the rule of law?” Portnoy asked.

“I’m not sure there are Americans evaluating it to that degree, maybe there are some you have talked to, I don’t know, what the President has his message to the American people, especially those who are concerned about losing their homes, being kicked out of their homes, is that he’s going to do everything in his power to make sure they can stay in their homes as long as possible,” Psaki responded.

“That is not just an extension of the eviction moratorium, which obviously, a step was taken yesterday. It is also about using every tool at our disposal to get this money out,” Psaki continued. “Again, states have the funding to extend the eviction moratorium in their own states. That’s because there was funding in the American Rescue Plan to get that done. So that includes asking his team members of his cabinet, whether Secretary Fudge, who obviously made an announcement today, or the Department of Treasury who made an announcement about the simplification of forms, that this is a priority, that they are to use all resources at their disposal to make sure they’re communicating with Americans, that we’re making it easy to get this funding out, because that’s the overall objective. The overall objective is not about one tool. It is about keeping people in their homes. That’s the goal.”

In this article:eviction, Jen Psaki