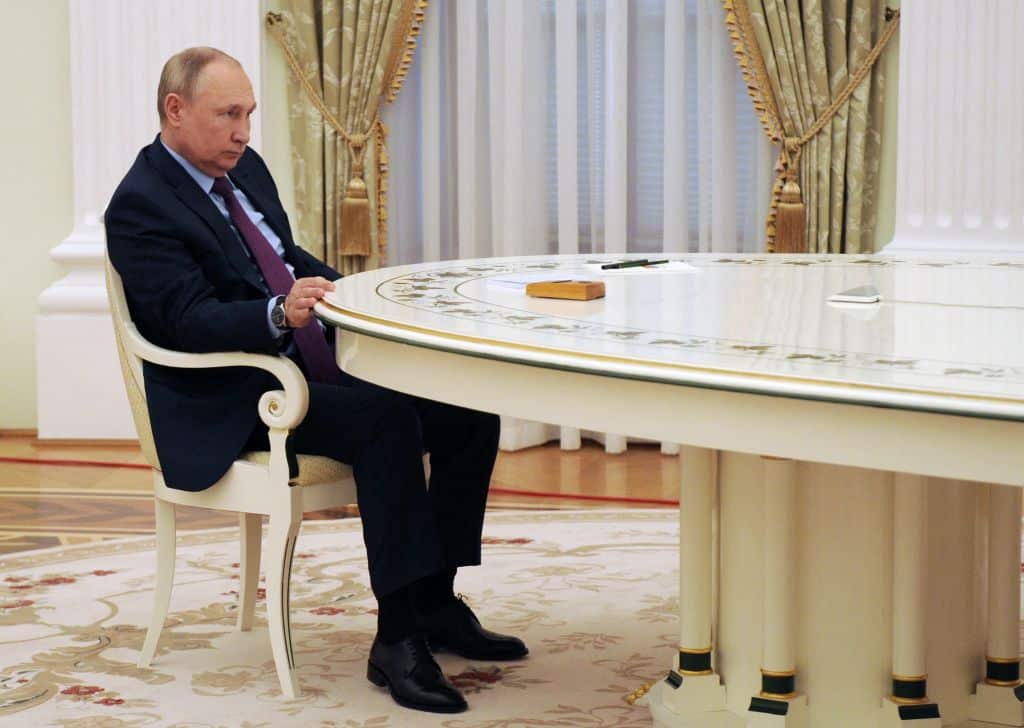 On Monday, Russian President Vladimir Putin claimed that Ukraine is an important part of Russia historically and that he believed it was a mistake for Soviet leader Nikita Khruschev to give the country an independent identity, according to Fox News.

“For some reason, Khruschev gave Ukraine separate status,” Putin said Monday. “Why did we have to be so generous and then give these Republics the right to leave. Madness!”
“Putin argued that it was a fact that Ukraine was created by Soviet Russia and Vladimir Lenin, but has now been reduced to a ‘colony’ that is governed by foreign powers such as the U.S., who control the government from their Embassy in Kyiv,” Fox News reported.

The same day, Putin also said that Ukraine would have “complete responsibility” for bloodshed if they do not “immediately cease military action.”

“As for those who captured and is holding on to power in Kyiv, we demand that they immediately cease military action,” Putin said. “If not, the complete responsibility for the possibility of a continuation of bloodshed will be fully and wholly on the conscience of the regime ruling the territory of Ukraine.”

Putin’s comments come after U.S. intelligence revealed over the weekend that Russian military commanders had been given the order to proceed with invading Ukraine.

“They’re doing everything that American commanders would do once they got the order to proceed,” CBS’ national security correspondent David Martin said during CBS’s “Face the Nation” on Sunday.

“The intelligence says that Russian troops have actually received orders now to proceed with the invasion. So not only are they moving up closer and closer to the border and into these attack positions, but the commanders on the ground are making specific plans for how they would maneuver in their sector of the battlefield,” Martin added.

In this article:Putin, Russia, Ukraine