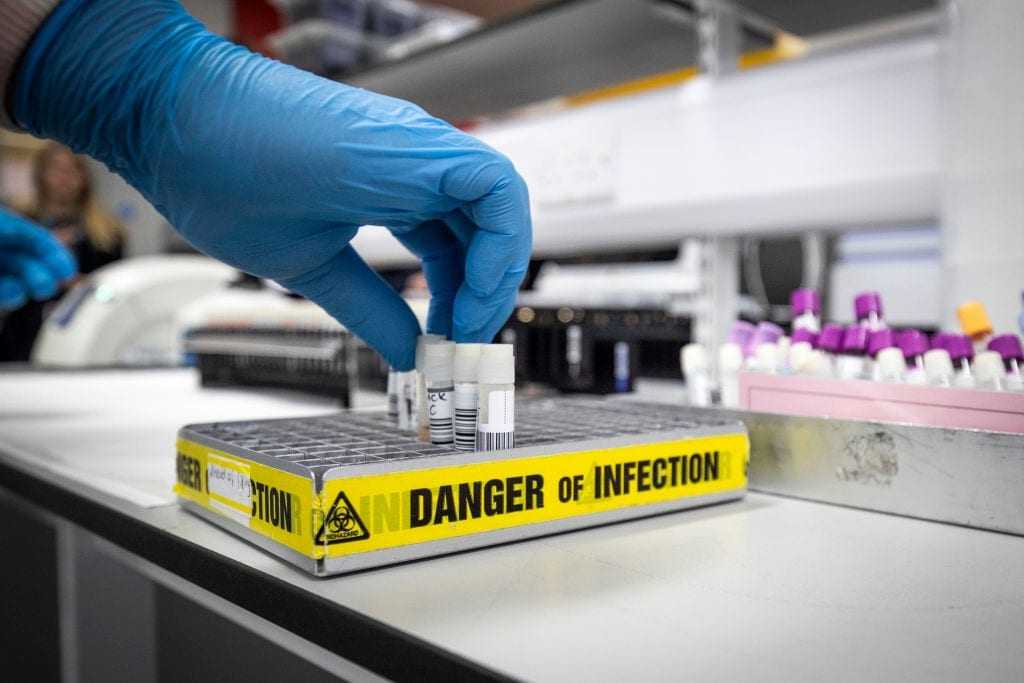 [otw_shortcode_dropcap label=”T” font=”Ultra” background_color_class=”otw-no-background” size=”large” border_color_class=”otw-no-border-color”][/otw_shortcode_dropcap]he race is on to find a vaccine for COVID-19. On Monday, researchers tested the first round of an experimental coronavirus vaccine at Kaiser Permanente Washington Research Institute in Seattle. Four healthy volunteers were given a first injection in the arm and will receive a second dose after a month. Anthony Fauci at the U.S. National Institute of Health said even if research goes well, “a vaccine would not be available for widespread use for 12 to 18 months.”

However, the positive note is that only “65 days have passed since Chinese scientists shred the virus’ genetic sequence and believes that’s “a record for developing a vaccine to test.”

The vaccine itself does not contain the virus so participants will not get infected. Code-named mRNA-1273, this particular vaccine was developed by Moderna Inc., a Massachusetts biotechnology company, alongside the National Institute of Health (NIH). The Associated Press reports that this is “not the only potential vaccine in the pipeline. Dozens of research groups around the world are racing to create a vaccine.”

Kaiser Permanente study leader Dr. Lisa Jackson said her team’s mood is “subdued” as they have been working tirelessly to create the vaccine. However, scientists do believe this “first-in-humans study” is a momentous occasion. Jackson told the Associated Press despite her team’s fatigue and focus, “going from not even knowing that this virus was out there…to have any vaccine’ in testing in about two months is unprecedented.”

Vaccine testing will ultimately be tried in 45 volunteers and “some of the study’s carefully chosen healthy volunteers, ages 18 to 55, will get higher dosages than others to test how strong the inoculations should be.” During the experiment, blood samples will be taken to identify the effects on the immune system. “We don’t know whether this vaccine will induce an immune response or whether it will be safe. That’s why we’re doing a trial” said Jackson. “It’s not at the stage where it would be possible or prudent to give it to the general population” she added. Nonetheless, the fast-acting scientists have accomplished quite a feat.