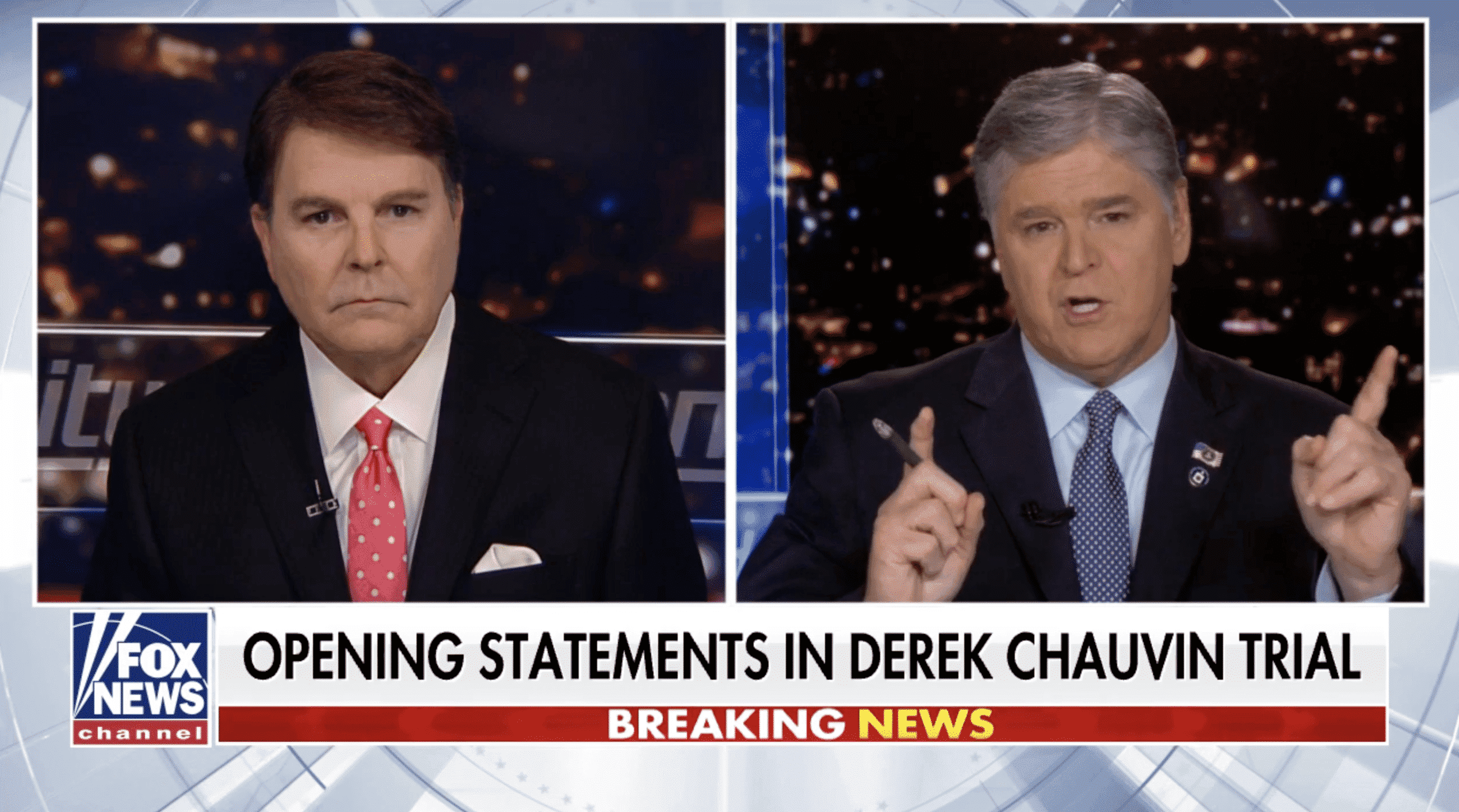 Jurors became eyewitnesses to the horrifying death of George Floyd.

It happened inside a Minneapolis courtroom on Monday during opening statements in the trial of former police officer Derek Chauvin. A digital recording transported jurors back in time to the tragic events of May 25, 2020 when Floyd lost his life. Jurors were placed at the scene of the alleged murder. They observed the encounter unfold minute by agonizing minute. The seconds ticked away in what felt like a slow-motion death spiral.

The jurors watched for a tortuous 9 minutes and 29 seconds as Chauvin knelt on the neck of Floyd who was handcuffed behind his back and prone on the hard pavement of a street. They heard his repeated and frightened pleas, “I can’t breathe…please…please!” Bystanders exhorted the officer to stop, warning “You’re killing him!”.

Then the jury saw Floyd’s body go limp as he lapsed into unconsciousness and became seemingly lifeless. “He died one breath at a time,” said prosecutor Jerry Blackwell. “You can believe your own eyes –it’s murder,” he added.

Watching the recording was heart-wrenching and grotesque. It was so atrocious that I venture to say it would be impossible for any compassionate person not to be incensed and angry at Chauvin’s actions, as well as his corresponding indifference to a human life. Chauvin has a strange and defiant look on his face. It made you wonder whether there was hatred in his heart.

That is precisely why prosecutors played the damning recording during opening statements. It is also the reason that Chauvin’s chance at acquittal is remote. It is exceedingly difficult to defend the indefensible –especially when you see it with your own eyes. The recording is the star witness. All other evidence and testimony pale in comparison.

In most trials, jurors are forced to piece together events from fragments of physical evidence and second-hand accounts from witnesses. But memories are fallible and perceptions are prone to mistakes. It is not unusual for witnesses to present conflicting or inconsistent versions of what they believe they saw and heard. The search for the truth can be elusive.

However, the Chauvin trial is extraordinary because the jurors are also witnesses. It’s as if they were literally standing there as observers on the day Floyd died. They can see for themselves every minute and every second of what occurred as Chauvin restrained Floyd with a neck compression and ignored his plaintive cries for relief. The common sense that arises from this personal visual experience will dictate the jury’s verdict.

The question is not whether Chauvin intended to kill Floyd, only that his actions were intentional. Here again, the recording offers valuable evidence. Chauvin is seen as calm and deliberate as he kneels on Floyd’s neck and maintains pressure on his airway for more than 9 long minutes. The officer’s actions were the definition of willful.

To convict, jurors must decide the defendant’s fate unanimously and beyond a reasonable doubt. While this burden of proof is formidable, so is the incriminating evidence against Chauvin. The officer had multiple opportunities to deescalate the situation. At any point in time, he could have lifted his knee and turned Floyd on his side to allow for his lungs to expand. Yet, Chauvin continued to compress Floyd’s neck and constrict his airway even when the suspect lay unconscious and motionless on the ground.

Within the first minute of the recording, Floyd was under control and not resisting. There is no struggle. That is when the force applied by Chauvin should have stopped. Use of force methods by police must always be necessary, proportional, and reasonable. Lethal force can never be used to meet a non-deadly threat or aggression. That is the standard in Minnesota and elsewhere.

Prosecutors will call the Minneapolis Chief of Police as a principal witness on department policy. Chief Medaria Arradondo is expected to tell the jury that Chauvin’s use of force was both excessive and unreasonable. He will explain how it is contrary to the training that all of his officers receive, including Chauvin.

The defense promised jurors that they will hear from their own expert who will claim that Chauvin “did exactly what he was trained to do over his 19-year career.” It will be hard for jurors to believe any expert who tries to justify the appalling behavior that is seen on the recording and seared forever in their minds.

There will also be a battle on the cause of death. The medical examiner Andrew Baker concluded that Floyd died when his heart stopped due to oxygen deprivation beneath the pressure of Chauvin’s knee. In opening statements, the defense asserted that a fatal level of drugs combined with a pre-existing heart condition is what caused Floyd’s death.

In proving causation, prosecutors have a major legal advantage. They do not have to convince jurors that Chauvin’s actions were the “sole” cause of death; only that his behavior was a “substantial factor” in bringing about Floyd’s death. At no point did Chauvin render aid or abide by his sworn duty to uphold the sanctity of human life. “He betrayed his badge,” said Blackwell.

While the credibility of medical experts –and how well they hold up under vigorous cross-examination– is important, it is not nearly as important as what the recording of Floyd’s death tells the jury. To put it plainly: does it look like the defendant is killing the helpless and immobile man on the ground? Does it look like Floyd has stopped breathing and is either dead or close to death?

These are the fundamental questions that jurors will ask themselves and each other during the course of deliberations. If the answer is “yes,” no amount of testimony from experts will matter. Quite often, expert witnesses tend to cancel each other out, leaving jurors to apply their common sense.

In the case of Derek Chauvin, the shocking digital recording of Floyd’s death is more than enough to convict. The truth can hardly be doubted when it is witnessed by a jury. Seeing is believing.