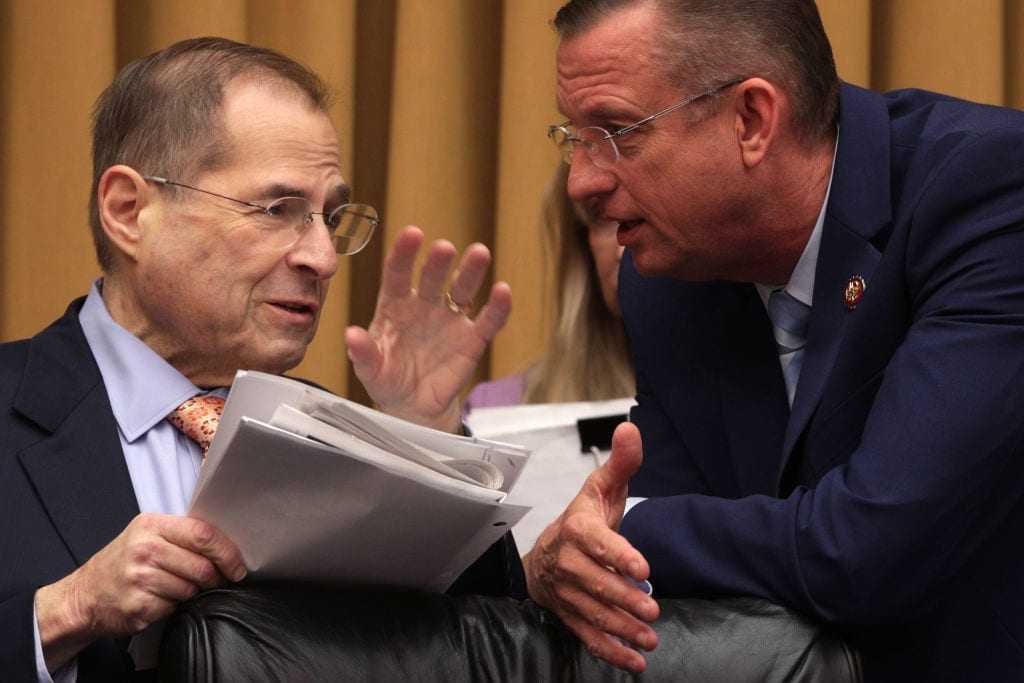 Georgia Representative Doug Collins, who the Georgia Governor chose not to appoint to the Senate today, dismantled the Democrats’ impeachment narrative by reading multiple quotes from the Democratic Chairman Rep. Nadler’s previous comments on impeachment. In 1998, Rep. Nadler fiercely attacked the impeachment of President Bill Clinton but has since done a complete 180 on how he believes impeachment proceedings should proceed.

Rep. Collins started by saying, “I also see quotes like this. ‘There must never be a narrowly voted impeachment or impeachment supported by a major political party or imposed by another. It will produce bitterness in politics for years to come and will call into question the very legitimacy of our political institutions. American people are watching; they’ll not forget. You have the votes. You may have the muscle, but you do not have the legitimacy of a national consensus or constitutional impairment.”

Collins continued, “The coup d’etat will go down in infamy in the history of the Nation.’ How about this one. “I think the key point is the Republicans are running a railroad job with no attempt at fair procedure.”

“Today, when the Democrats offered amendments, motions in committee to say we should first adopt standards, so we know what we’re dealing with, standards for impeachment that were voted down or ruled out of order. When we say the important thing is to start looking at the question before we have a vote with no inquiry, that was voted down. That’s all we discussed. The essential question, here it is, to set up a fair process as to whether the country put this country through an impeachment proceeding, that was ruled out of order. The Republicans refused to let us discuss it.’ Those are all, chairman Nadler before he was chairman. I guess 20 years makes a difference.”

Rep. Collins concluded, “There are no set facts here. There is not anything that presents an impeachment here except a president carrying out his job in the way the Constitution saw that he sees fit to do it. This is where we’re at today. The interesting thing I come to with most everybody here is this may be a new time and place and we may be looking pretty for impeachment. This is not an impeachment. This is just a simple railroad job. And today’s is a waste of time. Because this is where we’re at. So I close today with this, it didn’t start with Mueller, a phone call. Do you know where this started? It started with tears in Brooklyn in November 2016. When an election was lost. So we’re here, no plan, no fact witnesses, simply being a rubber stamp for what we have. Hey, we got law professors here. What a start of a party.”

With the Democrats’ own words being used against them, and a lack of any fact witnesses, the American public will definitely not buy into this impeachment hoax, just like they did not buy into the Witch Hunt.