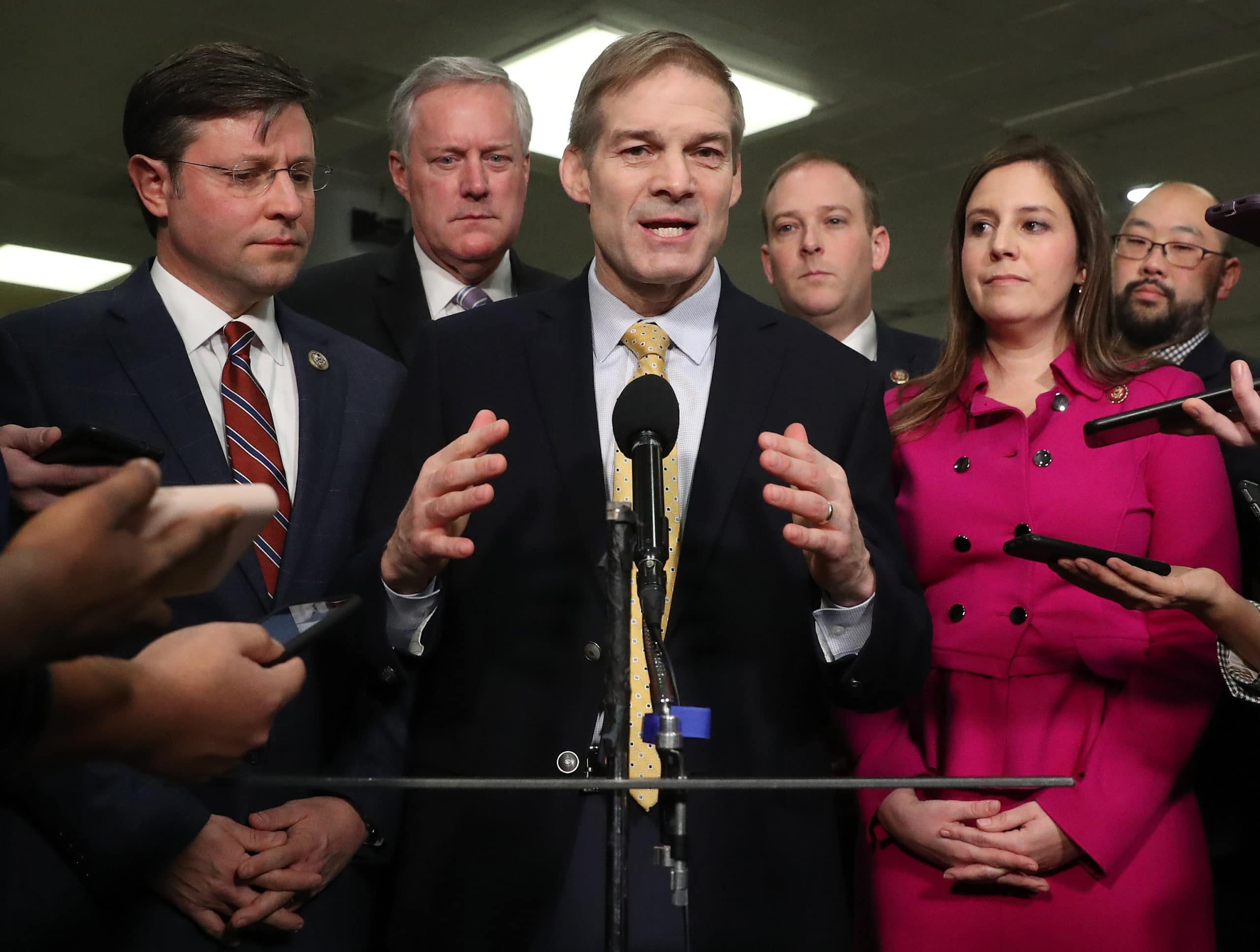 During a press gaggle on the second day of the Senate impeachment trial, Rep. Jim Jordan eviscerated the credibility of Rep. Adam Schiff in front of the media. Rather than speaking for hours and actually saying nothing, like Rep. Schiff has been doing for the last two days, Rep. Jordan was able to lay out the case for why Rep. Schiff should never be trusted even as a pizza delivery boy in under a minute.

The media should take note that when actual evidence of wrongdoing is present, it does not take three days of continually repeating the same statements that you have been saying for the last three months.

“We’re supposed to believe Adam Schiff today and everything he’s saying? This is the guy who said, ‘We have more than circumstantial evidence that there was coordination between Trump and Russia, and Russia influenced the election.’ That turned out to be false. Adam Schiff said that the Nunes was false. Michael Horowitz told us no it wasn’t; it was exactly right. Adam Schiff said you can trust the FISA court. Michael Horowitz said last month that no, you can’t; they lied to the FISA court 17 times. Adam Schiff told us we look forward to hearing from the whistleblower. Adam Schiff said we’ve had no contact with the whistleblower. Then just yesterday, the story where he misrepresents to all of you … that Mr. Z is Mr. Zelensky, when in fact it was Mr. Zlochevsky. But today we’re supposed to believe him? He just talked for two hours, 15 minutes, and we’re supposed to believe everything he said today, in spite of that history, where seven important things he had exactly wrong!?… That’s the kind of game that they’re playing here, and, again, I think that the American people see through it all.”

With Schiff’s desire to be a film writer, and the media’s encouragement, it seems he likely is viewing himself as Mel Gibson’s Braveheart character. Unfortunately for him, he actually is Bill Murray’s character in Caddyshack.

-"More than circumstantial evidence" of collusion
-Nunes memo was false
-FISA process was fine
-The "Whistleblower" would testify
-"We haven't spoken… with the 'Whistleblower'"
-Parodied @POTUS' call
-"Mr. Z" referred to Zelensky

But today we're supposed to trust him? pic.twitter.com/NELzVp2usX